In Swarajyarakshak Sambhaji, Raje doesn't forgive criminals for their crimes. 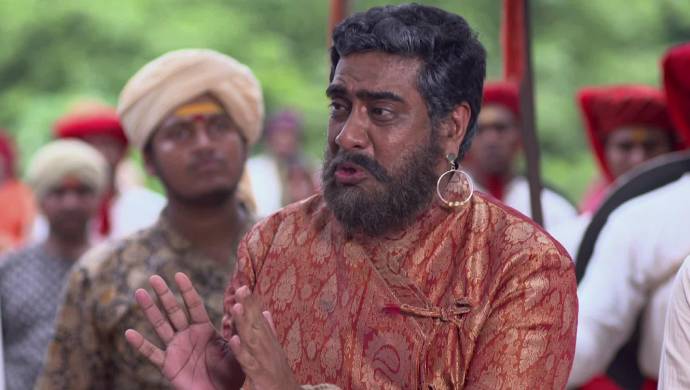 In the recent episode of Swarajyarakshak Sambhaji, Yesubai finds Sambhaji sleepless as he is missing Jijamata and Chhatrapati Shivaji Maharaj. Yesubai assures him that his parents would have been proud of him for the step he is taking. Then, Raje and Yesubai start discussing the whole trial as the latter asks Raje to get ready to see the criminals get punished. But, Sambhaji refuses to attend the occasion stating that he has to work.

Bal Raje goes to Soyrabai to know if she is coming to witness the punishments. He compliments Sambhaji’s patience in the courtroom in front of everyone. Bal Raje reminds his mother that even her name was in the list of criminals. He asks her to stop seeing dreams of him sitting on the throne. He says he comfortable being in the shadow of Sambhaji. Bal Raje says he will always remember Shivaji’s teachings and do everything as per Raje’s orders. Soyrabai is left stunned by her son’s sternness.

Sambhaji is reminiscing Shivaji and thinking about the trial. As Bal Raje enters, Raje reminds him how badly these criminals have acted. Meanwhile, criminals are shown in front of the audience. Their crimes are announced loudly as the subjects cheer to see the criminals get punished. Heroji is the first one to go under the elephant’s feet.

Read How Soyrabai Was Proven 'Not Guilty' At The Trial!

Tula Pahate Re 13 July 2019 Preview: Jogwin Has Words Of Wisdom For Isha