Anaji Pant has a theory regarding Sambhaji's punishment. Will it come true? Find out! 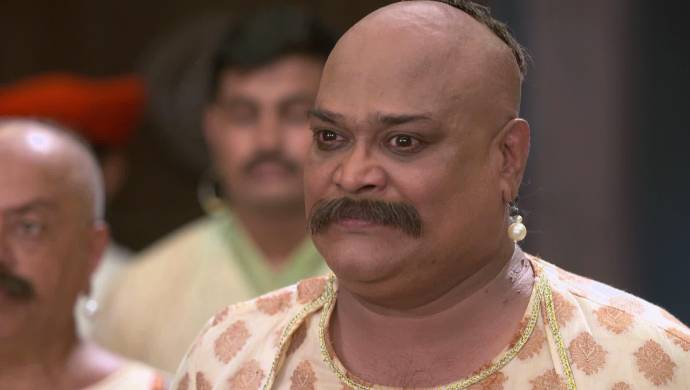 In tonight’s episode of Swarajyarakshak Sambhaji, we saw Sambhaji getting angry and expressing his disappointment with his Astha Pradhans in conspiring against him. He adds that he feels betrayed by his men and that he expected better from them. But the king shocks everyone when he announces that he will still forgive everyone, after considering all factors. However, Sambhaji adds that he holds Anaji Pant accountable for trying to divide the kingdom and giving one half to Akbar. He says for that, Anaji Pant deserves a punishment.

The episode ends with Sambhaji ordering that Anaji Pant be suffocated by an elephant’s paw. In the upcoming episode, we will see Anaji Pant discussing his punishment and saying that it’s so cruel that no one in the kingdom would agree to carry it out. In a scene, Sambhaji tells one of his men to carry out the responsibility but he refuses.

Will Anaji Pant’s words come true? Stay tuned for all the updates here! Catch all the episodes of Swarajyarakshak Sambhaji, streaming for free on ZEE5.

Has Isha Fallen Into Vikrant's Trap Yet Again? Watch Tula Pahate Re On ZEE5!