In tonight's episode, Sambhaji knows that Aurangzeb will get the letter, sent to Bagdadi and he will ask Siddi to leave for Janjira. 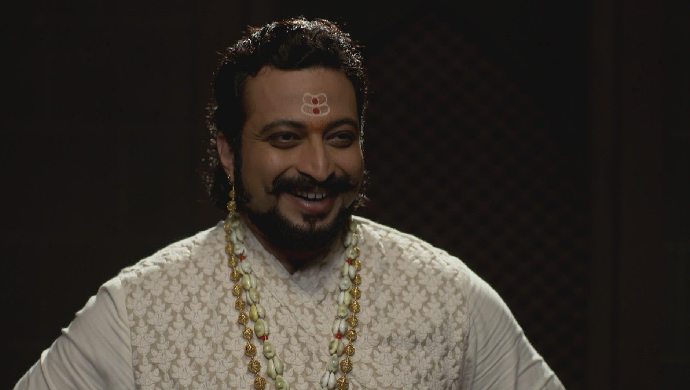 In the last episode of  Swarajyarakshak Sambhaji, Kondaji Baba tries to convince Siddi to return to Janjira. He tells him about all the cons of staying in Aurangzeb’s realm, but the latter doesn’t listen to him. Then, Kondaji Baba tries to turn Siddi against Aurangzeb by whispering about the king’s ulterior motive of making them stay in Burhanpur. Meanwhile, at Janjira, Lavangi is missing Kondaji Baba and asks about his whereabouts to Kumaji and Abdullah.

In tonight’s episode, Kumaji comes to Lavangi’s room and sees that she is counting something. Just then, Abdullah comes there and asks Kumaji to leave Lavangi alone. Later, Kumaji tells Abdullah that Lavangi is planning something but the latter refuses to listen to him and asks him to keep an eye on her.

Sambhaji’s spies are successful in preparing a medicine which will make people at Janjira dizzy. Meanwhile, Dadaji Deshpande comes to meet Sambhaji and informs him that all the preparations for the attack are done. Just then, Bahirji Naik comes with the news that Aurangzeb has kept Siddi and Kondaji with him. Sambhaji then tells him to send a letter to the Habib Baghdadi asking for help to fight Aurangzeb. Bahirji says that they won’t be able to make it but the latter tells him that the purpose is to misguide Aurangzeb.

Lavangi Bai goes out to meet Sambhaji’s spies and Kumaji follows her. The spy notices that Lavangi is being followed and quickly leaves the place. Kumaji finds a tool to dismantle their cannons and feels suspicious. Aurangzeb decodes the letter written to Habib Baghdadi by Sambhaji and asks his Vazir to tell Siddi to leave.

On the other hand, spies plan to bomb the fort. Unfortunately, they fall short of people because they expected Kondaji to be there. A few moments later, Lavangi Bai comes there.