What is Sambhaji's final punishment for Anaji Pant? Read the update inside! 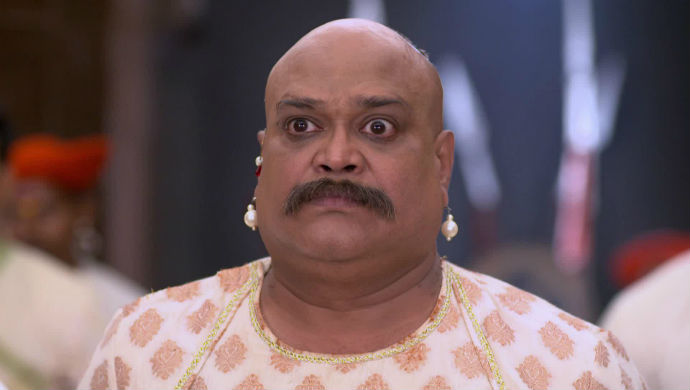 In the last episode of Swarajyarakshak Sambhaji, we saw Soyrabai coming in the line of fire. Anaji Pant dragged her in the dirt, during the trial, and Soyrabai was accused of conspiring against Sambhaji. She finally gave in and confessed that she wanted her own son Bal Raje to sit on the throne. Anaji Pant further accused her of trying to kill Sambhaji but she refuses his claims and says that he is lying. Soyrabai states that she sent a letter to notify Sambhaji about the threat and says that Pant switched it with another fake letter. The episode ends with Sambhaji being furious with Soyrabai but Aoji defending her by stating that she was manipulated by Anaji and isn’t a criminal.

In tonight’s episode, we saw Sambhaji expressing his disappointment in his Astha Pradhan in conspiring against him. He says that he feels immensely betrayed. But the Maratha king shocks everyone by saying that he forgives his men, after considering all the factors. Sambhaji however adds that the fact that Anaji Pant decided to break up the kingdom and give half of it to Akbar, is not acceptable to him. He orders for Anaji Pant to be suffocated by an elephant’s paw.

Sambhaji walks out and later, Kaveribai meets Anaji and taunts him for being so evil. The episode ends with her wiping off her sindoor, indicating that their marriage is over.

What do you think of Sambhaji’s verdict for Anaji Pant? Tell us in the comments section below and stay tuned for more updates. Catch all the episodes of Swarajyarakshak Sambhaji, streaming for free on ZEE5.

Has Isha Fallen Into Vikrant's Trap Yet Again? Watch Tula Pahate Re On ZEE5!

Tula Pahate Re 11 July 2019 Preview: Isha And Vikrant Announce They Are Pregnant