What was this gang of girls upto? View pics inside to find out! 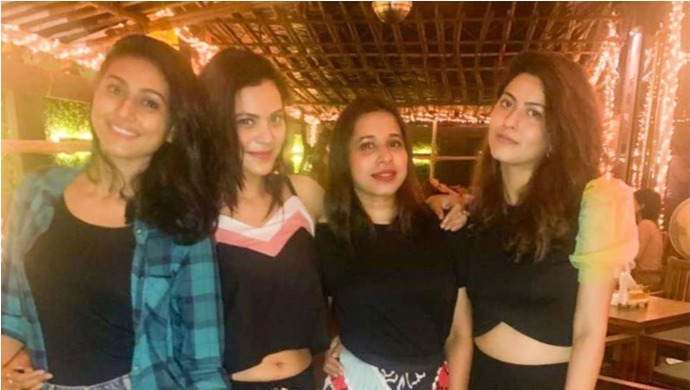 Shreya Bugde and Abhidnya Bhave has been close friends since a long time now. While the former is seen as a comedian in Zee Marathi’s hit entertainment series Chala Hawa Yeu Dya, the latter became famous for her role as Myra in Tula Pahate Re. The besties make it a point to spend quality time together and recently even took a monsoon trip, with the rest of their gang, including Tejaswini Pandit. Looks like fun isn’t over yet as Shreya and Abhidnya stepped out again, this time with their girl gang!

The actresses spent a girl’s night out and looked at their fashionable best as usual. Shreya and Abhidnya had a get together with Marathi actresses Reshma Shinde and Anuja Sathe. Check out pics below!

We love the bright, multi-coloured skirt that Shreya is wearing teamed with yellow heels. Abhidnya on the other hand kept it simple and trendy with an all-black outfit. Looks like these actresses had a lot of fun and we are jealous! There’s nothing like time well spent with the girl BFFs right?

Tell us what you think of these pictures in the comments section below and stay tuned for more updates! Catch all the episodes of Chala Hawa Yeu Dya, streaming for free on ZEE5.