The trailer of this ZEE5 original Marathi series, created by Sujay Dahake, is out and looks promising. Watch now! 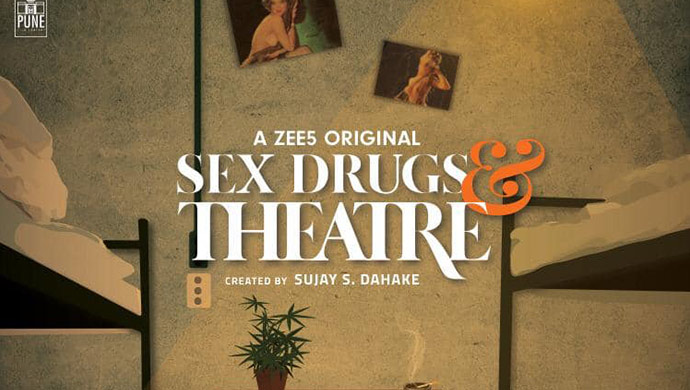 Ever since the release of ZEE5’s original Marathi series Sex, Drugs & Theatre’s teaser, people have been waiting with bated breath for the trailer. Well, fret no more folks, as it’s finally here! Like the series’ title, its trailer is bold and dramatic. Sex Drugs & Theatre tells the story of six college students that come together to compete in a theatre competition. Certain circumstances bring these students together and in the process, they deal with topics such as their sexual identities, drug usage, facing competition and more.

Created by Sujay Dahake and starring Shalva Kinjawadikar, Mitali Mayekar, Nayannah Mukey, Aadish Vaidya, Suyassh Zunzurke, Abhishek Deshmukh,  Pravin Tarde and Sunil Barve, the series is set to release on ZEE5 on March 5 and promises to be intense and bold, as evident from its trailer.

While the teaser gave us a hint of what’s to come, the trailer provides a more detailed lowdown, starting with the power- packed performances that we can expect to see. The trailer provides a closer look into each character including that of popular Marathi actor Sunil Barve, who is a professor at the college that the students are studying in.

Our favourite scene is one where the actors are talking about what they consider as an important factor to perform in theatre. From peace, to death to being an artiste, the students answer one by one till we are given a hint of suspense when one student answers “Rohit.” Who is Rohit and what is his story?

The trailer cleverly encompasses feelings of jealousy, romance, lust, and more and assures us of some great scenes and an engaging story line. What adds the extra edge to the video are the violins playing in the background. Most scenes focus on Suyyash Zunzurke, hinting at him being a central character.

There are some bold scenes in the series, something that we have never seen in Marathi cinema before. Through the trailer, it’s evident that Marathi makers are ready to break taboos surrounding sex and explore new mediums.

Are you excited to watch Sex Drugs & Theatre? Have a look at the trailer and tell us what you think in the comments section below!

In The Wake Of Pulwama Attack And Surgical Strike 2.0, Evoke The Patriot In You By Watching ZEE5 Original Marathi Series Veergati

Tula Pahate Re 2 March 2019 Preview: Isha Has A Solution For The Labour Union Strike?