These young talents from the popular singing reality show will be performing live on Sa Re Ga Ma Pa Live-A-Thon on 23 May. 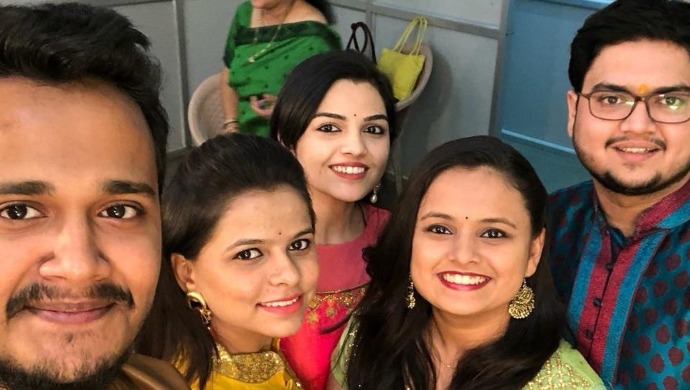 Sa Re Ga Ma Pa Li’l Champs was one of the most popular singing reality shows that aired on Zee Marathi back in 2008-09. Judged by Avdhoot Gupte and Vaishali Samant, the show provided a platform for young singing geniuses across the state. It was hosted by Pallavi Joshi who also became a household name post the success of the show. The talented kids in the show also won millions of hearts and went on to create a name for themselves in the industry. But do you know what they are up to now? Let’s have a look:

Aarya Ambekar rose to fame with Sa Re Ga Ma Pa Li’l Champs. She is now amongst the leading playback singers of the Marathi industry. Aarya has also tried her hand at acting with Ti Sadhya Kay Karte which went on to become a blockbuster hit. The singer-turned-actress has crooned for a couple of title tracks. Her recent work includes the title track of Maza Hoshil Na composed by Ashok Patki which went so viral on Instagram that even Shilpa Shetty couldn’t stop herself from making a TikTok video on it.

Rohit Raut made a mark on the film industry with his song Yaara Yaara from Duniyadaari. Post its success, he has sang for a few Marathi films like Looose Control, Vazandar, and Ti Sadhya Kay Karte. Rohit has even lent his voice for the fusion album of ZEE5’s original Gondya Aala Re. Apart from playback singing, the artist also performs at music festivals, events, and shows on TV. He had recently participated in another singing reality show and emerged as one of the finalists.

Kartiki Gaikwad was known for trying out songs of different genres but her devotional Abhangs were the hot topic of the show. The singer still continues to mesmerise us with her soulful voice. She has already released a couple of devotional music albums. Interestingly, the singer was eliminated from the show but bounced back in the call back round. She ultimately emerged as the winner of the show when she was merely nine years old. Woah, how amazing is that!

Mugdha was the youngest member of the show and was referred to as the ‘Little Moniter’ by everyone. She went to become a successful playback singer and has already sung a few tracks for TV shows and independent albums.

Sharing some photos from latest programme at Manipal, mangalore!💚 #latepost

Prathamesh was one of the top five finalists, better known to us as ‘Pancharatna.’ He has appeared on various singing events and mesmerised us all with his unique singing style. Post the success on Sa Re Ga Ma Pa Li’l Champs, he continued to pursue classical music and performed in several live shows across the country. The singer has also trained himself in Natya sangeet and Abhangas. Isn’t it amazing?

A post shared by Prathamesh Umesh Laghate (@prathamesh_laghate_adhikrut) on Jul 23, 2019 at 5:05am PDT

Ketaki Mategaonkar was also a part of the singing reality show back in 2008-09. She later developed an interest in acting and pursued an alternate career in it. Ketaki has acted in films like Shala, Kaksparsh, Taani. Her most memorable role was in the superhit film Timepass which broke many box office records. However, the talented actress didn’t give up on music and continues to lend her voice for Marathi films.

Looking for a place to shine!! #💜 #country

We are excited to see these singing talents on the 25-hour long Sa Re Ga Ma Pa Live-A-Thon that will be streamed on Zee Marathi’s official Facebook page on May 23, 2 pm onwards. This special event has been organised to collect funds for COVID-19 relief.

How excited are you to them sing live? Comment below and tell us!