Sakhi Gokhale Exclusive Interview: Suvrat And I Were Engaged Two Years Ago

The Dil Dosti Duniyadaari actress reveals that she and Suvrat formalised their relationship two years ago but kept it hidden. More details inside! 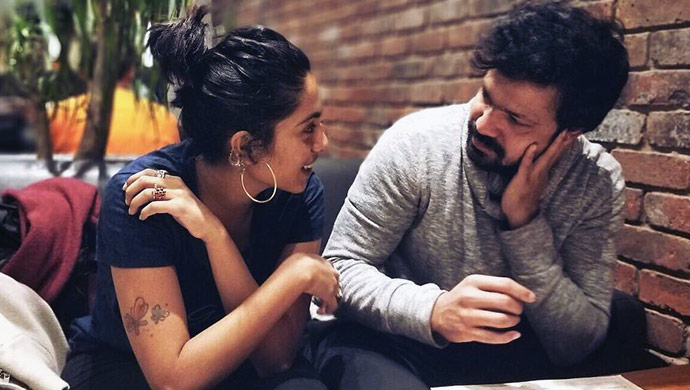 Sakhi Gokhale and Suvrat Joshi recently tied the knot, in a small ceremony with close friends and family. The newlyweds met on the sets of the popular youth show Dil Dosti Duniyadaari, fell in love, and never looked back! Suvrat and Sakhi were in a long distance relationship before taking the plunge on April 11, where the latter was in the UK, pursuing her higher studies. The actress reveals that marriage isn’t going to change their plans and Sakhi would continue to finish her degree in the UK. “It was always on the agenda that we would continue to go on with our lives as it is, regardless of where I am.  I still have a year and a half to finish in my studies,” said Sakhi in an exclusive interview with us.

Watch an episode from her show here.

When asked whether the distance makes it hard to manage things, Sakhi is quick to add, “Yes it can get hard as we have spent a large chunk of our lives together.” Not many know that the couple did not start off on a good note. “We became friends because we fought (laughs).” The actress spoke about dating Suvrat and whether it was hard to manage the personal and professional equation with him.

“Being on sets helped our relationship as we got to spend so much time together. After DDD we acted together again in another show, post which, we started living together. We were happy about the fact that both our families supported us,” said Sakhi.

On a more personal note, we asked the actress to reveal details about the proposal and she pleasantly surprised us by revealing that she and Suvrat were engaged two years ago! “No one knew about this as we didn’t publicize it at all. Only our family and some members from the fraternity knew, added Sakhi. She went on to talk about her wedding, saying, “The wedding was at our farmhouse and we had very few people over. We had lunch together and there was no ceremony as such. We just exchanged rings and spent time with our family.”

How cute is that! We wish the newlyweds a happy married life together. Post your wishes for the couple in the comments section below.

Watch Sex Drugs And Theatre, A Gripping ZEE5 Original Marathi Series That Milennials Will Relate To!

Crank Up Your Playlist With These Songs From Zala Bobhata