It was a memorable weekend for music fans as they got to witness the first of its kind event celebrating the 25-year-long journey of Sa Re Ga Ma Pa. 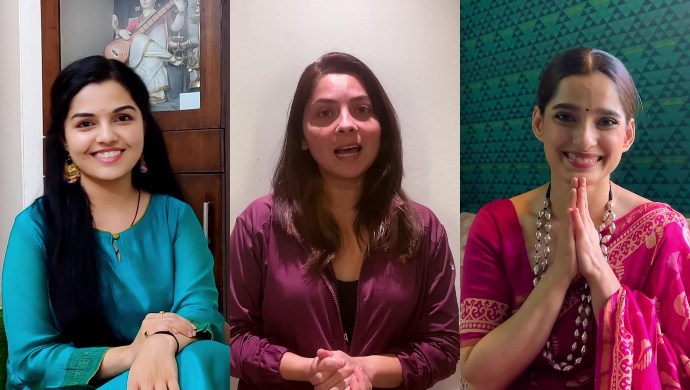 Zee Marathi‘s popular singing show Sa Re Ga Ma Pa marked 25 years of its journey recently. To celebrate this occasion, the channel had decided to host a special event Sa Re Ga Ma Pa – Ek Desh, Ek Raag. Fans got to relive the 25 year-long journey of Sa Re Ga Ma Pa through soulful performances by former contestants, anecdotes shared by the judges, and much more. Apart from the special episode on TV, a first of its kind 25-hour Live-A-Thon was streamed on the channel’s official Facebook page.

The special episode on TV was hosted by Abhijeet Khandkekar who engaged the audiences with his funny antics. He was accompanied by Pallavi Joshi, former host of the show who became a household name after Sa Re Ga Ma Pa Li’l Champs. The event began with the performances by the former Li’l Champs contestants aka the ‘Panchratna’ Aarya Ambekar, Rohit Raut, Kartiki Gaikwad, Mugdha Vaishampayan, and Prathamesh Laghate that were simply breathtaking. Later, celebrity contestants from the show like Sumeet Raghvan, Prashant Damle, Priya Bapat, Amruta Subhash, Prasad Oak, and others graced the occasion and shared anecdotes from their experiences. Fans could get to witness the celebs’ quirky side with a fun game where they acted out popular songs while others guessed the name of these tracks. Ravi Jadhav, Vaishali Samant, Saleel Kulkarni, Swwapnil Joshi, Makarand Deshpande, and Sonalee Kulkarni were also invited to share memories of the show.

Likewise, the 25-hour special Live-A-Thon on Facebook was a unique event hosted by the channel. Sankarshan Karhade and Shreya Bugde were seen as anchors. Popular characters from our favourite Zee Marathi shows like Summi (Amruta Dhongade), Shanaya (Isha Keskar), Radhika (Anita Date), Rana Da (Hardeek Joshi), Shevanta (Apurva Nemlekar) and many others joined the session and tried their hand at singing. This was followed by enthralling performances by Savaniee Ravindra, Mangesh Borgaonkar, Juilee Joglekar, Abhijeet Kosambi, all of whom have been former contestants of the show. Sa Re Ga Ma Pa- Ek Desh, Ek Raag was hosted to generate funds for corona relief. This event was successfully put together by the collaborative efforts of Give India and Zee Marathi. All in all, it was a weekend to remember for the fans of music.