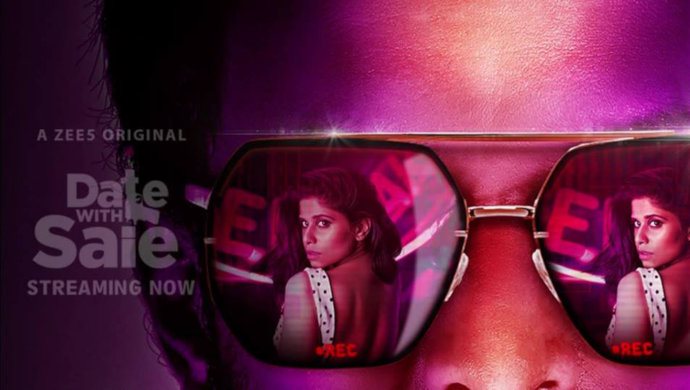 At times, fandom can take extreme forms. There have been instances where celebrities have been stalked by obsessed fans. From being followed to receiving love letters, to being harassed, many stars have borne the brunt of being adored. ZEE5’s original Marathi series Date With Saie tells a similar story. The show features popular Marathi actress Sai Tamhankar as herself, who becomes a victim of a filmmaker’s obsession with her. However, his love for Saie crosses all lines when he abducts her and forces her to act in his film.

Watch this episode where Himanshu helps Saie move into her new apartment.

We borrow a leaf out of the show and look at real life incidents where celebrities have been stalked by crazy fans.

The former Miss Universe is the epitome of beauty and grace. Hence its natural for her to be swooned over by millions. However, one man took things a notch higher when he started sending expensive gifts to the actress. Sushmita ignored this until she received a wedding dress and jewelry from him!

There was a time when Junior Bachchan was at the peak of his career and had many female fans. One of them however caught not only his but the nation’s attention when she claimed that they were married! The girl even slashed her wrists in front of the actor’s home, just a day before his wedding with Aishwarya Rai. He decided to report this fan to the police.

Did you know that PeeCee’s own secretary had been stalking and harassing her? Prakash Jaju would send lewd messages to the actress. He even contacted several journalists and revealed her personal details to them.

Now this one is a head spinner. Shahid was stalked not just by any random one but Vastavikta Pandit, daughter of famous yesteryear actor Rajkumar. She was so smitten by Shahid that she followed him everywhere and even bought a flat next to his building!

The industry was shook at the news of a crazy stalker landing up at Shruti’s house and attacking her. In the wee hours of the night, a man trespassed Shruti’s residence and rang her doorbell. When the actress opened the door, he tried to barge in and even caught hold of Shruti’s throat.  The actress managed to escape and called the police. Later, she came to know that the man was one of the spot boys on her film’s set.

It’s obvious why Hrithik has female fans going gaga over him. But the actor caught the interest of a Russian girl Anna, who would hover around his Juhu residence. She even tried to barge into his office and turned aggressive when stopped by the guards.  This is when Hrithik had to file a complaint against his Russian fan. Who knew the actor could leave such a strong impression on a girl from another part of the world!

Which of these incidents were you aware of? Hit the comments section below!

Want Some Adrenaline Rush? Action Film Carry On Maratha Is What You Need!

How Does The Cast Of Agga Bai Sasubai Spend Time On Set? 7 Pics Inside For You To Find Out

Get The Look: All You Need To Dress Up Like Madhuvanti From Bhago Mohan Pyare