Madhav Abhyankar and his co-star Shakuntala Nare were seen in the latest episode of the popular show. 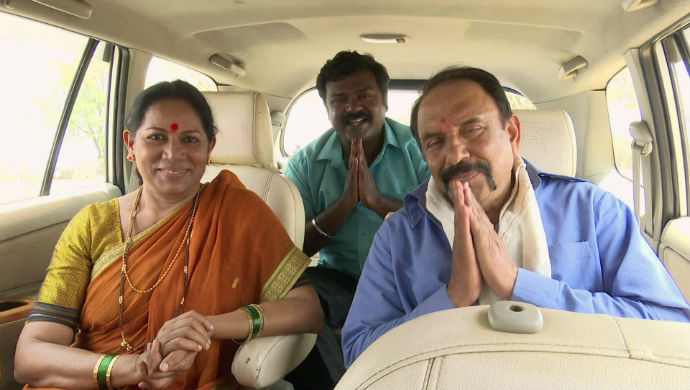 Aamir Khan’s reality show Toofan Aalaya sees appearances by popular Marathi actors each week. Last week, we saw Lagira Zhala Jee’s Shivani Baokar and Nitish Chavan visiting a village and interacting with inhabitants. This week, Ratris Khel Chale 2’s Madhav Abhyankar and Shakuntala Nare were a part of the show. The actors who play Anna and Mai on the horror show were seen getting their hands dirty at a village and discussing issues with the people living there.

The actors were seen listening to the heartwarming stories being told by villagers where they discuss the hardships they face on a daily basis in terms of lack of electricity, water, updated equipment for farming etc. Our Anna and Mai were also seen digging up some land and helping farmers with their chores.

We have always seen Madhav and Mai in serious roles in Ratris and it was a pleasure watching them let their guard down. Toofan Aalaya taps into the water crisis in Maharashtra and sheds light on villages that are adopting unique water management systems to solve the issue. Marathi actors make it a point to go visiting these villages and encourage them for their mission.

Catch all the episodes of Toofan Aalaya streaming for free on ZEE5.