Read the details inside! 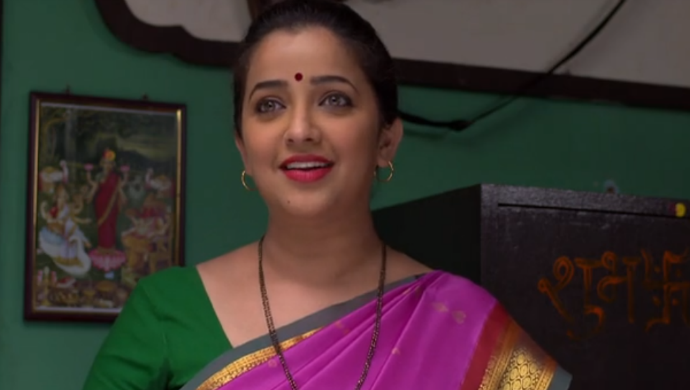 Last time on Zee Marathi’s Ratris Khel Chale 2, we saw Datta warning Anna not to step outside the house, as there are people looking to kill him. But Anna doesn’t listen and threatens Datta to leave him alone. In the recent episode, we saw Shevanta pretending to be sick, to avoid Anna. He however suspects something fishy, and goes to meet her. She says she has a severe headache and asks him to make tea for her. Anna obliges and Shevanta instructs him what to do. She insists that he put ginger in the tea. Anna brings Shevanta the tea and she continues to pretend that she has a bad headache. Anna starts massaging her head and Shevanta smiles slyly.

Meanwhile, Vacchi has a saint over, who is performing black magic at her house. Shobha enters and starts yelling at Vacchi for believing in all these things. She says that she trusted the saint with Kashi’s life and he ended up dying. So there’s no point to it all. Vacchi asks Shobha to calm down and speak in her senses. The saint gets furious and says that if it wasn’t for him, then she and Vacchi would have been dead long back. He storms off and Vacchi tells Shobha to apologize to the saint before its too late.

Will Shobha do so? And will Anna catch Shevanta’s lie? Stay tuned for all the updates. Catch all the episodes of Ratris Khel Chale 2 here.