Shevanta threatens to kill herself if Anna doesn't make her jewelery before marriage. Will Anna agree to meet her demands? Details inside! 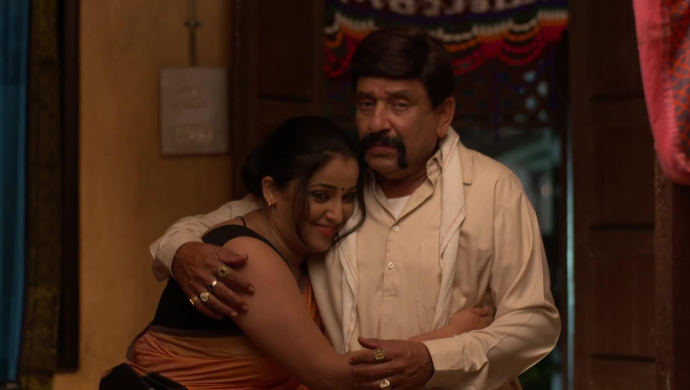 In the latest episode of Ratris Khel Chale 2, Mai is seen preparing for the Haldi Kumkum ceremony in the Naik Wada. She tells Datta to ask Sarita not to worry about it and asks her to rest instead. Meanwhile, Nene is seen arguing with Anna over his habit of asking for money. Anna says that he’s not demanding money from Nene but instead, wants the latter to sell a piece of land. Nene asks him why does he want to do so. To this, Anna replies that saying that he needs to make some jewelry. Nene realises that Anna wants to make ornaments for his beloved Patankar Bai aka Shevanta.

A while later, Anna visits Shevanta’s house, much to her surprise. Shevanta tells him that she thought Anna won’t show his face ever again after she spoke of the jewelry. She then asks Anna what jewelry he has gotten for her. However, she gets irritated when she realises that Anna has come empty handed. She then threatens to kill herself as she feels Anna is not serious about their marriage. She even writes a suicide note mentioning how Anna tricked her into marriage. She then tries to hang herself as Anna comes in running to stop her. She agrees to step down only after Anna agrees to make her the jewelery before their marriage.

Later, Sarita is unhappy with Mai as the latter gave her only a small chain to wear during the Haldi Kumkum ceremony. Datta reminds Sarita that she won’t be able to attend the ceremony as she’s pregnant. Sarita exits furiously. Meanwhile, Mai is seen waiting for Anna to come home for dinner. Sarita notices this and tells her to eat something. She asks Mai not to worry about Anna as he won’t even notice that she’s in pain.

Mrs Mukhyamantri: Check Out Amruta Dhongade Aka Summi’s Quirky Side In…

What will happen in the next episode? Stay tuned to find out!

Catch all the episodes of Ratris Khel Chale 2 only on ZEE5.

Will Maya Side With Radhika And Shanaya? Watch The Latest Episodes Of Mazhya Navryachi Bayko, Exclusively On ZEE5!