Will he be able to defend himself? Watch the promo inside to find out! 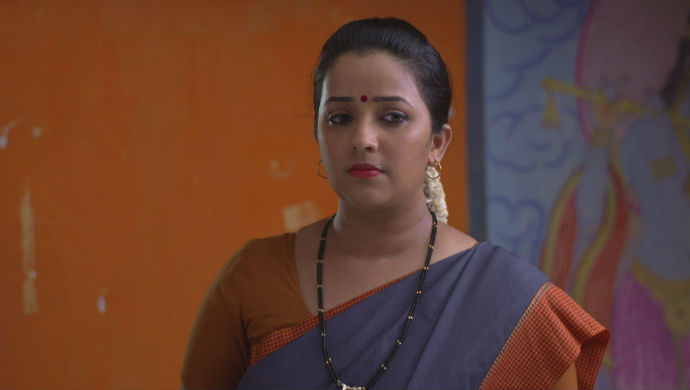 Currently on Zee Marathi’s Ratris Khel Chale 2, Shobha has been missing since a long time and her family has been looking for her. The police has now begun to intervene and they first visited Mai’s place to question the family about Shobha’s sudden disappearance. Meanwhile Chontya has informed Anna that he has lost the trunk that was handed over to him. Anna has ordered Chontya to find an exact replica of the trunk for replacement. Shevanta has warned Anna that if he tries to pull off any stunts, she will expose him. And in the upcoming episode, it looks like she’s about to do just that!

In the latest promo, you can see the police visiting Shevanta and asking her about Shobha. They tell her that she has disappeared and she pretends to not know a thing. What happens next? Watch here.

You can see Vacchi begging a man to help her find Shobha. Meanwhile the police keep the inquiry on with Shevanta and ask her if she knows anything at all. She says that as long as her name won’t get dragged into it, there’s an update that she wishes to give to the police.

Does this mean that Shevanta will expose Anna? Stay tuned to find out! Catch all the episodes of Ratris Khel Chale 2, streaming for free on ZEE5 here.

Marathi Cinema Has Found It's Own 'Taimur,' Thanks To These Pics Shared By Shanaya!