Actors Apurva Nemlekar, Madhav Abhyankar among others might just convince you that ghosts in fact, do exist. 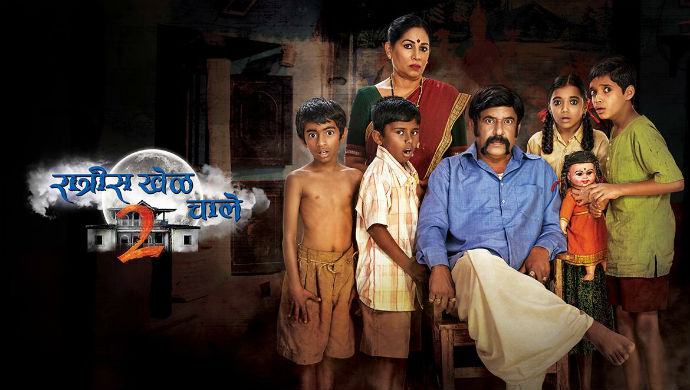 After a successful first season, Zee TV’s popular Marathi show Ratris Khel Chale has returned with season two. Starring Apurva Nemlekar and Madhav Abhyankar, among others, the show tells horror stories of a village in Konkan, which is haunted after the death of Anna Naik (played by Madhav), the head of an influential family.

The show revolves around main characters Shevanta (played by Apurva), Anna, Pandu (Pralhad Kudtarkar), Datta (Suhas Sirsat), Mai etc. and the spooky incidents that they encounter in the haunted village. While these are fictional tales, the cast of the show has also experienced some paranormal activities in real-life!

Yes, if you may dismiss us saying that there are no ghosts and spirits in the world. But before you do that, you may want to check out these actors from the show narrating their horror experiences. Trust us, after watching this, you may start believing in ghosts!

Apurva tells us an incident from 2011 and it will send chills down your spine and how. The actress says that she had been filming for a television show back then and would start out for the shoot at 7 am daily. She would drive to the venue and one morning, while waiting at a signal, she was interrupted by a beggar and a small child. The woman asked for money and Apurva didn’t have any loose change, so decided to give her some food instead. She turned to grab it from her car and give it to the woman. But when she looked again, the woman and her child were gone! What’s spooky is that Apurva scanned her surroundings to spot them but couldn’t. The beggar and her child were nowhere to be seen. What happened next would blow your mind. Let Apurva tell you the rest of her story, click here to watch.

2. Mai and her friend’s spooky house

Mai talks about an incident that occurred in a friend’s house. She says that whenever she goes to visit this friend, she feels like there’s a spirit, watching her every move. Mai further says that it’s not only her who feels this way. Her friends too feel strongly about this eerie presence in the house. Mai says she decided to confront her friend about and was told something that shocked her. Is there really a spirit in that house? Find out Mai solving the mystery here.

3. Datta and his horrifying outing

Actor Suhas talks about an outing with friends that turned into a horrifying experience! He says that one night, he and a bunch of friends stepped out late at night to grab a bite. They were on their bikes and were about to cross a bridge, when a friend howled on top of his voice, asking everyone to stop and not cross the bridge. The friend claimed he saw something at the end of the bridge. Shockingly, none of his friends did! What did Datta’s friend see? Watch the actor tell all, here.

Which of these stories did you find the spookiest? Tell us in the comments section below!

Kanala Khada: Tejashri Pradhan Opens Up About The Lowest Phase In Her Life