Why is Chaya heartbroken? Watch the promo inside and find out! 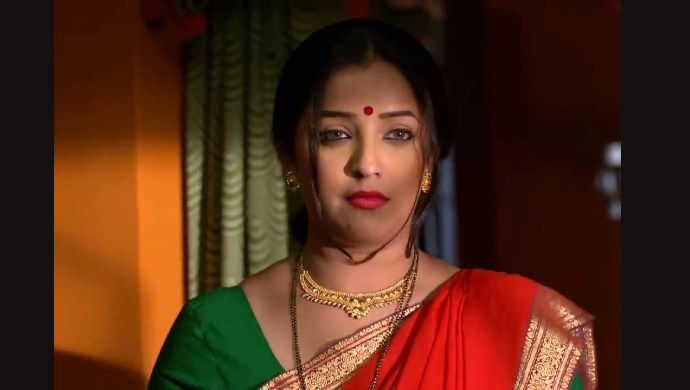 In Zee Marathi’s horror show Ratris Khel Chale 2, Madhav has returned and there’s happiness again in the Naik family. His sister Chaya on the other hand has a spring in her step, due to other reasons. She has found her soulmate in Rajgya and the two are getting serious about one another. But Madhav has an inkling about their budding relationship, as it was shown in the recent episode that he spotted the couple together. In the upcoming episode, there will be some trouble in Chaya and Rajgya’s relationship but Shevanta will come to the rescue!

In the latest promo, it is seen that Rajgya and Chaya have a fight and he tells her that he no longer wants to be in a relationship with her. A shattered Chaya returns home but is consoled by Shevanta. What does she tell her? Watch here.

Shevanta tells Chaya that Rajgya is acting this way because he truly loves her. She makes her (Chaya) dress up and go back to him, to find out what he desires from this relationship. Why is Shevanta being so nice to Chaya? Is there any ulterior motive involved here? Let us know what you think in the comments below!

Stay tuned for all the updates here! Catch all the episodes of Ratris Khel Chale 2, streaming for free on ZEE5.

How Will Gurunath Get Back To Leading A Normal Life Again? Watch Mazhya Navryachi Bayko On ZEE5!

Swarajyarakshak Sambhaji's Yesubai Spends A Day With Students In A School, View Pics