Ratris Khel Chale 2: Madhav Is Back! How Will Anna React? Watch Promo

How do you think Anna will react with Madhav's return? Watch the promo inside to find out. 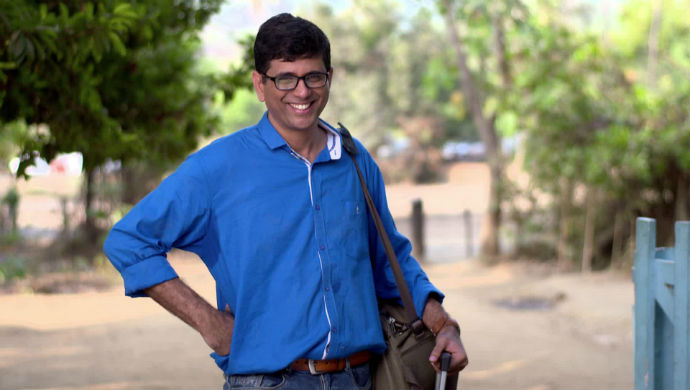 In the last episode of Zee Marathi’s hit horror series Ratris Khel Chale 2, we saw the Naik family going through a tensed time. Vacchi had gone missing and Datta was frantically looking for her. After a spat with the Naik family and losing her son Kashi, an upset Vacchi decided to end her life and was atop a cliff when she was stopped in time by Datta. Meanwhile, Sarita, who was devastated with the news of Kashi’s death, was being consoled by her sister-in-law but in vain. Anna on the other hand was away with his friends and returned home drunk as usual. The episode ended with him being haunted by a servant that he had killed.

In the latest promo, it is shown that Anna’s son Madhav will return! In the video you can see him walking in with a bunch of gifts in his hands. He drops them by mistake and this amuses Pandu, who is standing at the entrance. Watch here.

We wonder how Anna would react to Madhav’s return considering how tense the relations between the two have been. He (Anna) had even forbidden his family to stay in touch with Madhav. So what will happen now that he’s back? Stay tuned for all the updates here!

Catch all the episodes of Ratris Khel Chale 2, streaming for free on ZEE5 here.