Will Kashi's words come true? Watch the promo inside and find out! 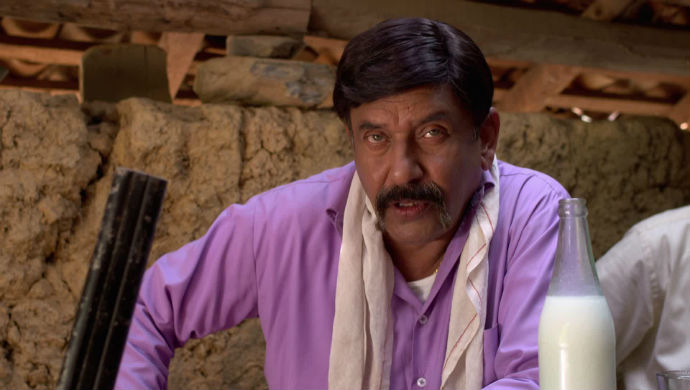 Things are getting murkier on Zee Marathi’s popular horror show Ratris Khel Chale 2. In the recent episodes, it was shown that Anna was looking for Kashi in order to kill him. Later, the village was abuzz with rumours that Kashi has accidentally killed someone with Anna’s rifle. Since then Kashi has been missing but the latest promo shows that he might just be in the village, as suggested by Anna’s friend!

The video shows that Anna is concerned about the fact that Kashi may be roaming around the village. Further, Sarita feels sick and throws up and it’s revealed that she is going to have a baby! Watch here.

But instead of being happy, Anna is concerned as he remembers a threat by Kashi where the latter said that his grandchild would be hurt! Mai is equally worried and we are waiting to see what’s in store for the newcomer in the Naik family. Will Kashi’s words come true? Is Sarita’s child in danger?

And will Anna be on the lookout to find Kashi? Stay tuned for all the updates here! Catch all the episodes of Ratris Khel Chale 2, streaming for free on ZEE5.

What Is Vikrant's Next Move To Take Over The Saranjame Group? Watch Tula Pahate Re On ZEE5!

This Fun Video By Tuhat Jeev Rangala's Nandita Will Set Your Mood For The Weekend!