Quirky Hairdos That You Must Try Once In Your Life Inspired By Isha Keskar, Bhau Kadam

Here are some funky hairstyles that your favourite Zee Marathi celebs experimented with recently. 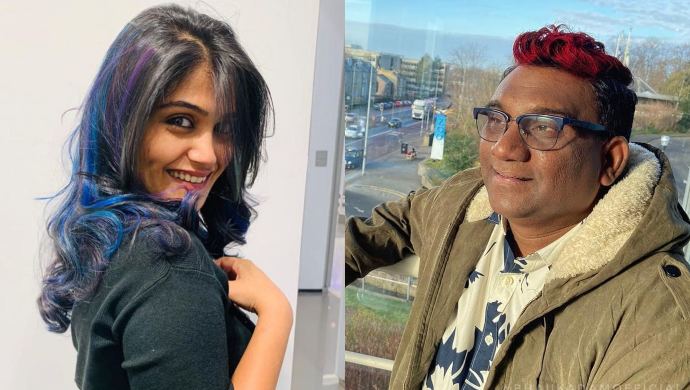 You only live once! So in order to make sure that you enjoy your life to the fullest, you need to break out of the rut and try new things. This is the time you get to experiment with yourself. Hairstyles are one such thing that you can experiment with, without worrying about the long-term implications of it. Many of the Marathi celebs recently took the plunge and tried out some funky hairdos. Here are some quirky hairstyles that you need to try at least once in life inspired by your favourite Zee Marathi celebs. We begin by looking at Isha Keskar’s blue highlights.

Isha Keskar aka Mazhya Navryachi Bayko’s Shanaya demonstrated her love for the colour blue by highlighting her hair with the same colour. This hairstyle of hers received several compliments from both her fans and her co-stars alike. It was a bold decision nevertheless but Isha couldn’t resist herself from doing so. After all, she’s a fashionista at heart! So go ahead, highlight your hair blue and flaunt it with pride. Trust us, you won’t regret it!

The comedian from Chala Hawa Yeu Dya, Bhau Kadam grabbed eyeballs with his red spiky hairdo. Bhau is known for his subtle punchlines and acting in the show but managed to surprise everyone including us with this out-of-the-box hairstyle. The actor showcases his quirky side with this red-hair look of his. Isn’t he the coolest of them all?

Another quirky hairstyle that you must try is this spiky hair with side cut sported by Virajas Kulkarni. The Maza Hoshil Na actor has a flamboyant personality which is quite evident from his Instagram profile. The talented actor tried out this funky hairdo for one of his theatre performances.

Mugdha Puranik, the actress who plays the role of Naina in Maza Hoshil Na, took the liberty of mixing two hairstyles into one. She went for the fascinating bob and fringe cut. The hairdo looks short and sweet but still grabs our attention. Takes guts to do that, don’t you think?

Apurva Nemlekar Discusses An Important Point About Her Body Weight

Soham, Shevanta: Exploring Layers To Characters That Might Make You See Them Differently