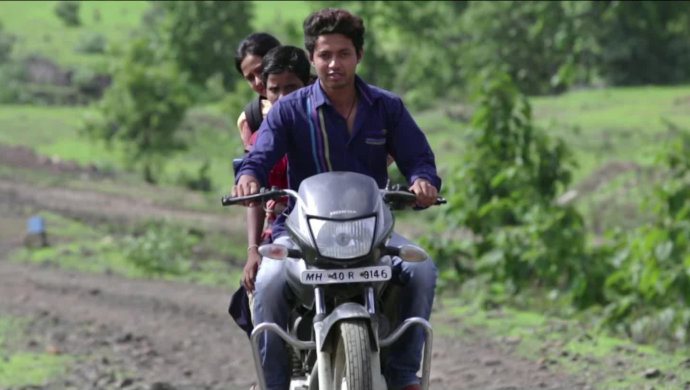 Of late, we have witnessed a rise in Bollywood films that carry social messages. Akshay Kumar’s Padman and Toilet-Ek Prem Katha, Rajkummar Rao-Shraddha Kapoor’s Stree, Taapsee Pannu’s Mulk are some of the many examples. Short Marathi film Dhaaga has joined the bandwagon with the pressing social issues that it addresses. Starring Sahil Kene (Shankar) and Ashwini Ladekar (Uma), this film covers crucial social evils in a span of just 20 minutes.

Here are some important social issues covered by the film

In the small village that Shankar and Uma reside in, a boy and a girl aren’t allowed to be friends. Any relation with the opposite sex is assumed to be of a romantic nature.  It is because of this regressive thinking, that Uma is forced to hide her relationship with partner Biju. She must keep hiding from prying eyes and questions, knowing fully well that if her secret is exposed, she will face extreme humiliation. Dhaaga subtly critiques this orthodox thinking and depicts the consequences that come with it.

Uma and Shankar’s parents are shown as victims of old-fashioned thinking. They operate from certain presumptions and this is visible in the way they treat their children. They are strict and ignorant of their children’s feelings and ambitions. Dhaaga is an important lesson in recognising your child’s aspirations. It is a reminder that things can go terribly wrong if a child feels lost, suffocated and controlled.

Due to certain circumstances, Shiv starts acting out against her sister’s partner and is shown being violent. Dhaaga is a mirror that shows us the effects of a child operating from a violent streak. The film shows how easy it is for children to become destructive, if not guided properly.

The most important point that Dhaaga stresses upon is honour killing and how it affects society. India is plagued with thousands of couples that are killed by their own families, for being in a relationship despite hailing from different religions, ethnicities, castes etc. The cases of honour killings are widespread across the nation and are particularly found in Maharashtra.

Tell us other films that you like that highlight social evils. Drop in your comments below.

You can watch Dhaaga in other languages such as Hindi, Malyalam, Kannada, Telugu, Bengali, and Tamil.

Ratris Khel Chale 2: Madhav Is Back! How Will Anna React? Watch Promo