Pout It Out Like These Mazhya Navryachi Bayko Actors!

Your quick way of making your selfie game 10 times stronger. 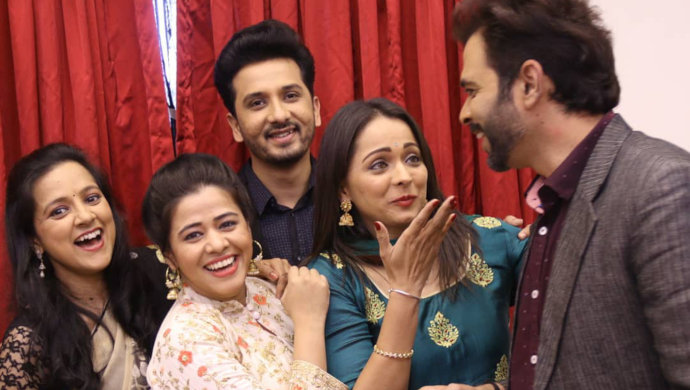 We have seen Radhika progress from being a docile housewife to a confident entrepreneur on Mazhya Navryachi Bayko. Due to Gurunath’s extra-marital affairs, she has also been harsh to him wherever required. Now, Abhijeet Khandkekar revealed yet another side of this actress that we have never seen before.

Before that, watch Gurunath and Radhika’s rivalry on Mazhya Navryachi Bayko

If you think you know Radhika, you are wrong. Abhijeet posted a picture alongside his co-stars, Shweta Mehendale and Anita Date who were captured pouting on the sets of Mazhya Navryachi Bayko. In this selfie, Anita’s seductive pose definitely left us shook as we rarely get to see her fun side on the Marathi TV show. He captioned the picture saying, “A bit of oomph”, although we think that is definitely, more than “a bit”!

We would like to believe, this is her onscreen bestie’s effect, whose character is played by Shweta. Of course, after witnessing their ‘OOMPH’, fans would love to watch these actresses let their hair down on Mazhya Navryachi Bayko.

Do tell us in the comments if you love this new shade of Radhika just as much as us.