Poll Result: Madan Should Come Out With The Truth, Declare Fans!

Viewers of Lagnachi Wife Weddingchi Bayko think that Madan should quit hiding the truth before things get out of hand. Read results inside. 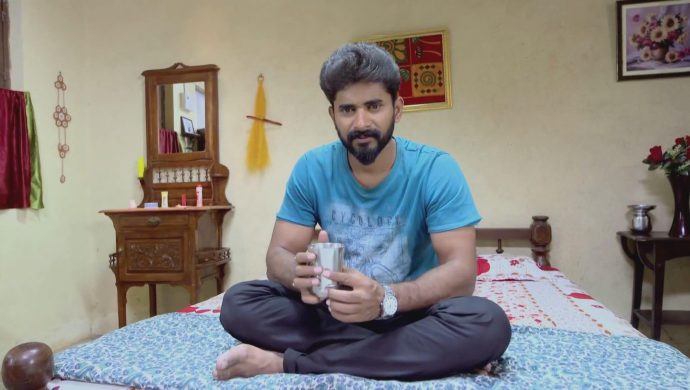 In Zee Marathi’s show Lagnachi Wife Weddingchi Bayko, Madan is trying to survive a cross-cultural marriage that was built on a series of lies. In the recent episode, we saw Madan getting into trouble because of his second marriage with Maria and that he wishes to break free from it. The situation is getting out of hand day by day, as Madan’s first wife Kajol is desperately trying to strengthen the relationship between her and Madan. On the other hand, Maria tries to prove to everyone that she can get used to Madan and his family’s lifestyle. This crazy series of events is leading to chaos in Madan’s life. To make ends meet, Madan recently borrowed money from the village Sarpanch and mortgaged his family’s land in the process too. While Gopu has tried to reveal the truth to Kajol and Maria, everyone else in the family is unaware of it.

The realisation of the truth is great when the person himself brings out the truth. We also think that Madan might get into trouble for hiding the truth from everyone. Things might go haywire with his family as well, if he decides to be tight-lipped about the current situation. His relationship with both Maria and Kajol also might get affected. Last week, we ran a poll to know your views. We had asked you if Madan should come out with the truth, once and for all. 100 percent of the viewers who participated in the poll agree with the fact that Madan should reveal the truth to everyone and sort the situation out. We agree with the viewers and as we also think that Madan should put a rest to all the menace, even if it means facing severe consequences for the same. For how long can one continue this facade right?

Women’s Day: How To Strike The Perfect Work-Life Balance Inspired By…

Tell us your thoughts in the comments section below. Meanwhile, you can catch all the episodes of Lagnachi Wife Weddingchi Bayko streaming on ZEE5 now!