Pipsi Movie Review: A Sweet Story With A Strong Social Message That Shouldn’t Be Missed

Read our review of this heartwarming film by Rohan Deshpande. Details inside! 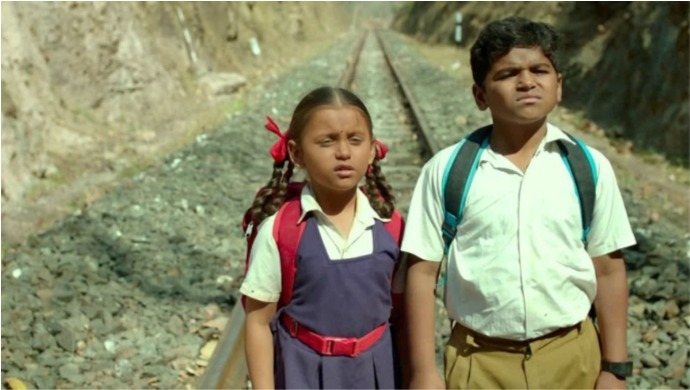 Innocence is a quality that mostly isn’t appreciated in today’s fast-paced world. People are expected to be sly and opportunistic to get ahead. In the race between the hare and the tortoise, there’s no place for the latter. But sometimes, innocence saves the day and makes the world a better place. And this is evident in Rohan Deshpande’s film Pipsi. The Marathi movie starring Sahil Joshi and Maithili Patwardhan, tells the story of a girl Chaani and boy Balu, who try and save the former’s ailing mother.

Balu and Chaani are best friends and live a happy, peaceful life in their village. But the latter’s world comes crashing down when she discovers that her mother is sick and has only three months to live. Balu tells her about a saint in the village who tells interesting stories and takes her there to cheer her up. The saint talks about a king whose spirit resides in a fish and as long as it’s alive, the king can’t be harmed. Hence, Chaani and Balu start believing that if they save a fish and keep it alive, her mother would get better.

We are then taken on a journey of how these kids go the extra mile to take care of their fish, Pipsi. They name it after a cola drink that they keep sipping on. The twist however is that finding water to keep Pipsi alive is a task as their village Vidharba is drought- stricken. What’s remarkable is how the film spreads an important social message about preserving the environment, through Chaani’s personal, emotional story.

The highlight of this film is hands down, its unique story. And Chaani and Balu’s innocence only makes it better. In a world where our newspapers are filled with headlines of sickness, violence and intolerance, Pipsi is a reminder that hope, can save us. Maithili as Chaani will bring a tear to the eyes of the most unbelieving. She is so pure and vulnerable that you almost want to reach out and hug her. Sahil as Balu demands your attention with his subtle yet powerful performance. These child artists steal the show and reiterate that you don’t need years of experience to be convincing in what you do.

Another plus point to Pipsi is the fact that it highlights a severe issue that plagues most states, especially Maharashtra. Drought and water crisis has affected many villages due to which several farmers have and continue to commit suicide. Pipsi highlights this alarming situation and even mocks government officials for not doing enough about it.

There are certain scenes that will stay with you. There’s one in during a science class, Chaani and Balu learn that water, eventually evaporates. They panic as they realise that they have put Pipsi in an open container. To get out of class, Chaani pretends to feel faint and Balu carries her. The cuteness factor in this scene is hard to pass by. Even the ending is impactful where Chaani and Balu are devastated with Pipsi’s death and see a corpse being taken away in front of them. They exchange looks and believe that the person’s death has occurred because their fish has died.

Watch Pipsi to reinstall your faith in happy endings and the fact that hope can make a world of a difference! Leave your comments about the film below.