On Maharashtra Day, Here’s A Look At The State’s History Which Inspired Hutatma

The ZEE5 original Marathi series sheds light on the Samyukta movement, that led to the creation of Maharashtra. More details inside! 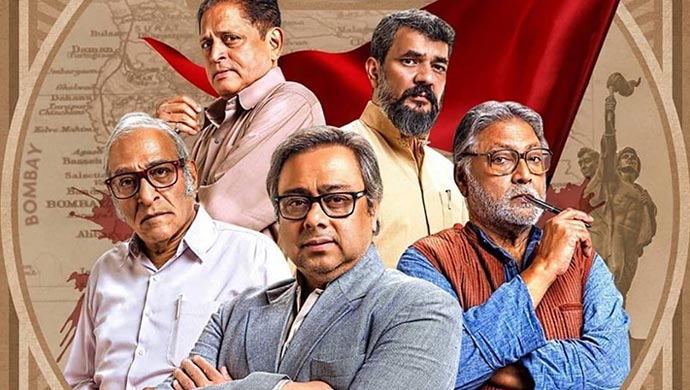 Every year, May 1 is celebrated as ‘Maharashtra Day’ which is a state holiday to celebrate the creation of Maharashtra with Mumbai as its capital. The incidents from this historic event will be seen in ZEE5’s original Marathi series Hutatma, which sees its release today. The series is of the historical fiction genre and is based on the Samyukta movement, which transpired  Maharashtra into becoming a separate Marathi-speaking state. On Maharashtra Day, we look at this revolutionary movement in detail.

The Samyukta Maharashtra Samiti was formed on 6 February 1956 in Pune, with Keshavrao Jedhe as its leader. Some of the activists in this organisation included Shreedhar Mahadev Joshi, Nayaran Ganesh Gore, and Shripad Amrit Dange. Earlier, the Bharatiya Janata Party had promised to introduce linguistic states, prior to India’s independence. However, PM Jawaharlal Nehru and Sardar Vallabhbhai Patel were against the same. However, things changed after the death of Telugu nationalist Potti Sriramulu, that led to the creation of the states- reorganisation commission (SRC). SRC suggested the creation of the bilingual state of Maharashtra and Gujarat with Mumbai as its capital and Vidarbha outside of Maharashtra.

It was further suggested that Vidarbha be made into a separate state to unite the Marathi speaking population of Hyderabad with those hailing from the central provinces and Berar. On November 21, 1995, some protesters were shot by police officers at Flora Fountain in Mumbai. The area was then named ‘Hutatma Chowk,’ in their memory. Records suggest that nearly 106 people were shot at different places, during the protests.

In the general elections of 1957, the Samiti members defeated congress and rose to power. The congress party were able to form a government only because of help sought from Vidarbha, Gujarat and Marathwada.

What do you like the most about the city of Mumbai? Tell us in the comments section below and watch Hutatma and let us know what you think about it!