Nude: 5 Reasons Why You Should Watch This Ravi Jadhav Film 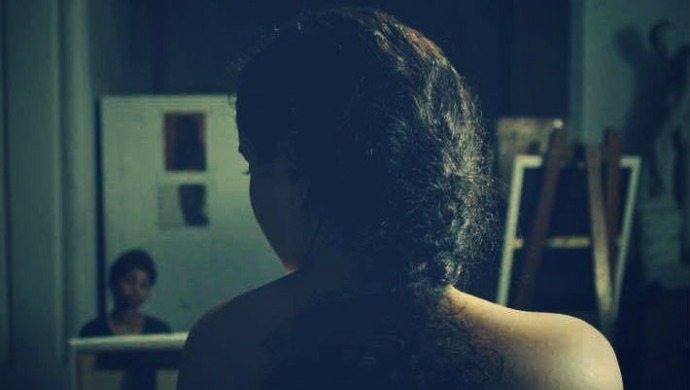 Ravi Jadhav has become a celebrated and trusted name, when it comes to films. You can be assured of brilliant work from the director, be it any genre of cinema. Ravi’s films include masterpieces such as Natarang, Timepass, and Nude among others. The latter is a 2018 film starring Kalyanee Mulay and Chhaya Kadam in lead roles. It tells the story of a woman Yamuna (Kalyanee) who comes to Mumbai with her teenage son, after separating from her husband. She is desperate for work and starts posing as a nude model in an Art college.

Nude was a critically-acclaimed film as well as a commercial success. Here are 5 reasons why you should watch it.

This is the first time that a Marathi film explores the concept of nudity. Through Yamuna’s journey, the film sheds light on the hypocrisy of society, when it comes to accepting women in certain roles. Nude is a necessary film that highlights the patriarchal system, and how orthodox mindsets govern it.

It’s not very often that one gets to see nudity being experimented with in Marathi films, that too in such a bold manner. Through Nude, Ravi makes a point of how nudity can be aesthetic and can be accepted as a means to earn money. It tries to break the stereotype of nudity being equivalent to vulgarity.

It’s empowering to see Kalyanee and Chhaya carrying the film on their shoulders and giving such remarkable performances. Actresses tend to get typecast due to bold roles, especially in Marathi cinema. But these actresses own the film with their courageous characters. The same reflects in their memorable acting.

As you go through the trailer, you will be able to gauge how sensitively the topic of nudity has been handled by Ravi. Beautiful and artsy shots comprise the film, and you almost feel like you’re watching poetry on celluloid.

What one must take away from Nude is the strong message of women empowerment that it propagates. When Yamuna is down in the dumps, her friend Chandrakka (Chhaya) proves to be an anchor. The two encourage each other to keep going, against all odds. Nude sheds light on how women tend to be each other’s worst enemy, even within the walls of patriarchy. But Yamuna and Chandrakka’s support for each other pulls them through.

Watch the trailer above and stay tuned for the release of the film, exclusively on ZEE5. For more entertainment, check out the collection of fun Marathi films on ZEE5 here.

Agga Bai Sasubai: 5 Stunning Photoshoot Images Of Shubhra That'll Get You Through The Day