Not Only Is Dhanashri Kadgaonkar A Great Actor, But Also A Singer And Dancer, Watch Videos

The Tuzhat Jeev Rangala actress is a trained singer as well as a Bharatnatyam dancer. Check out her videos! 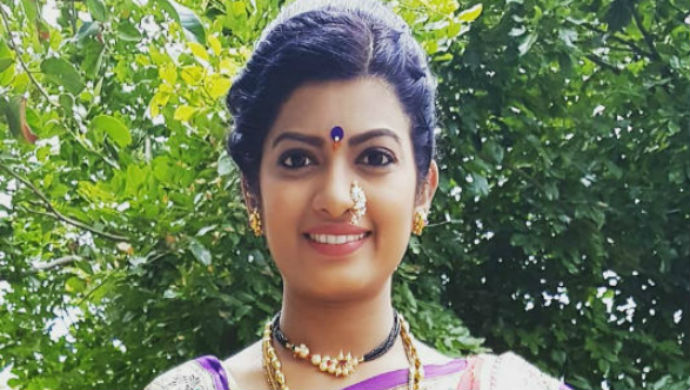 Dhanashri Kadgaonkar is popular for her negative role as Nandita in Zee Marathi’s popular show Tuzhat Jeev Rangala. Her character is shown at loggerheads with the show’s main lead Anjali, played by Akshaya Deodhar. Dhanashri is convincing in her role as a vamp, but did you know that she is also a killed singer and a dancer? That’s right, the actress has trained in Bharatnatyam and can also sing like a dream! Dhanashri makes it a point to share her talent on a regular basis on her Instagram account.

Watch her in the latest episode from the show.

Check out this video of the actress where she performs a beautiful form of Bharatnatyam dance, dedicated to Lord Ganesh.

Here’s another video, where the actress is seen singing a song in her melodious voice, as she dedicates it to her nephew.

Who knew that Dhanashri has so many talents right? The actress makes sure she indulges in these activities, aside from shooting for the show. That’s great since given the hectic schedules that we lead, it’s hard to find time to do things we love. But we love how Dhanashri is a boss lady who chases after her drams. Wouldn’t you agree?

What do you have to say about her singing and dancing videos? Post your thoughts in the comments section below!

Catch all the episodes of Tuzhat Jeev Rangala, exclusively on ZEE5.