The film that also stars Mahesh Manjrekar and Mohan Joshi, succeeds in presenting the hardships of farmers through an intriguing narrative. 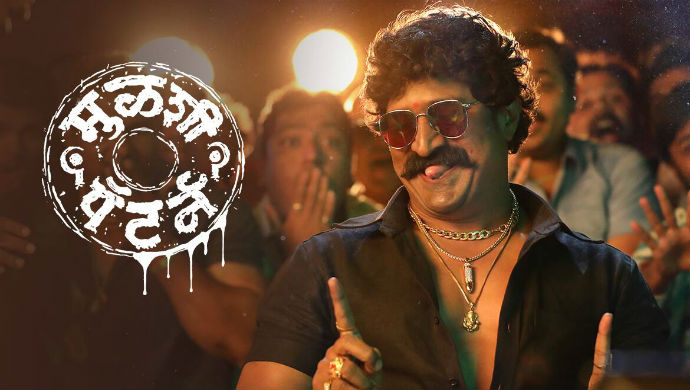 A lot is spoken of the development that has taken place in the cities such as Pune, Mumbai etc., through the years. Many farmlands have been converted into swanky residential societies and industrial havens. While the concrete jungle looks appealing from the outside, little is known of the dirt that resides within. The truth is that when the development bug bit Pune, farmers had to suffer the pain. Their lands were snatched away by influential corporate companies and builders, looking for space to build on. Pravin Tarde’s film Mulshi Pattern sheds light on the same. It tells the story of how the economic liberalisation in 1991 changed the landscape of Pune and pushed farmers into the world of crime.

The crime thriller starring Om Bhutkar, Mohan Joshi, Mahesh Manjrekar among others tells the story of a family who becomes a victim of corporate greed and is forced to give up their land. As a result, the father (Mohan) becomes a labourer and his wife a housemaid, to make a living. But their son Rahul is on a path to seek vengeance and becomes a dreaded gangster.

From the word go, Mulshi Pattern grips you where the introductory scene shows Rahul performing rites at a funeral one minute and being chased down by a rival gang, the next. What’s interesting is that his transformation from an innocent lad to a gangster, is shown in between this big chase. Though the performances in the film are incredible thanks to its stellar star cast, Om takes the cake. He is convincing as a young lad who loses his way and turns to crime as his answer. Om puts forth a memorable act as a gangster and specially stands out in a scene where he is at a restaurant and is getting bugged by a family, having a merry time at the table next to his.

Mohan is his usual brilliant self as the vulnerable father, followed by Mahesh, who plays his part as a drunkard with perfection. A special shout out to Kiran Dagade Patilk who holds his own as Rahul’s faithful friend and Upendra Limaye who plays the stern cop, chasing Rahul.

Aside from the performances, the easy flow of the story stands out followed by the twists in the narrative, that will keep you hooked. Watch out for the ending scene where a trusted soul, ends up betraying Rahul! Mulshi Pattern also wins extra points for its story. Based on real incidents that have taken place in Mumbai, the film is presented in an organic and authentic manner. It steers clear from becoming melodramatic.

The director of the film Pravin, also makes an appearance as an influential gangster. The seriousness of the film is cut by a fun dance number featuring Pravin , which we sure will play at Ganpati pandals this year! But a shocking moment soon follows, that sets the tone of the film. What happens? Well, that’s for you to watch and find out!

If you are a fan of crime thrillers, Mulshi Pattern will appeal to you. Even if you aren’t, give it a try as it won’t disappoint.

Swarajyarakshak Sambhaji's Yesubai Catches Up On Her Studies Amidst Shoot- View Pic!