What does she plan to make? Find out by reading the details inside! 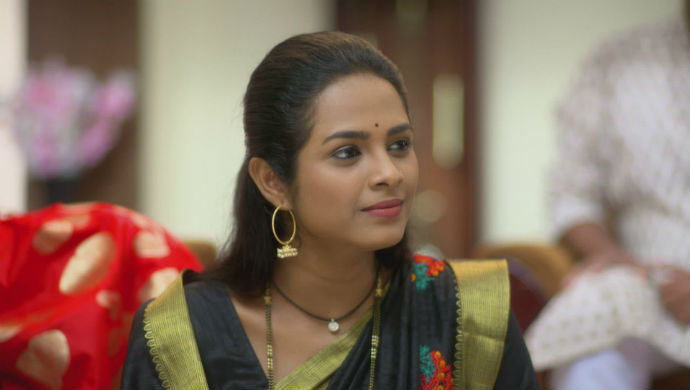 In the recent episode of Mrs Mukhyamantri, we saw Summi trying to wake Samar up. She tells him to get up and get ready as Suresh and Babban would be visiting them soon. Samar tells Summi that husbands like it if wives are a litle softer and wake them up with love. Summi hears none of it and threatens to hit Samar with her shoe if he doesn’t wake up. Samar is out of bed within seconds and Summi starts laughing. Meanwhile, Suresh is having a hard time waking Baban up too, back home. He eventually throws cold water on Baban. He says that they better get dressed as they have to visit Summi’s house.

Suresh is hesitant and tells Baban that he doesn’t know what to wear as Summi now belongs to a rich family. Hence he would be expected to dress neat. Baban says that Summi hasn’t changed and will accept in whatever form he decides to show up in. Back at the bungalow, Summi and the rest prepare to welcome Suresh and Babban. Summi prepares a dish with tea and Samar tells Anuradha that she cooks very well. Anuradha says that if that’s the case, then all of them must taste Summi’s fine cooking soon.

Will Summi be able to impress Anuradha with her cooking? Stay tuned to find out! Catch all the episodes of Mrs Mukhyamantri, streaming for free on ZEE5 here.