Mrs Mukhyamantri: Will Anuradha Be Able To Stop Summi From Entering The House?

What is Anuradha's next game plan against Summi? Find out! 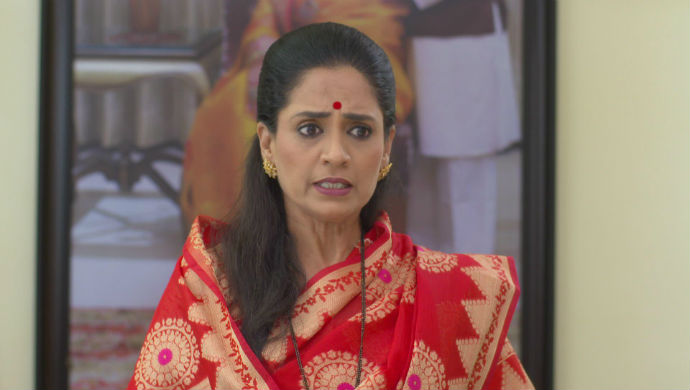 In the recent episode of Mrs Mukhyamantri, we saw Samar and Summi visiting the latter’s parents home. Suresh forces them to eat lunch before going but Samar keeps insisting that they have to leave. Summi tries to intervene but in vain. Suresh forces Samar to eat. Later, the two visit Summi’s other relatives. Meanwhile back home, Anuradha gets a call, questioning her whether her son Samar is serious about ruling Maharashtra or not. She says he is and makes up an excuse saying that Summi fell seriously ill in the middle, due to which he couldn’t take his responsibilities seriously.

She tells Mama and Shersingh that it’s high time she teaches Summi a lesson and that she won’t let him ruin her son’s career. Anuradha tells Mama to call the pandit that fixed the two’s marriage and says that there’s no way that she will let Summi enter the house ever again. Mama calls Baban and asks him to bring panditji home immediately. What will happen next? Will Anuradha’s plan work? Will she succeed in stopping Summi from entering the house? Tell us your thoughts in the comments section below and stay tuned for more updates!

Navratri 2019 Colour Of The Day – Yellow: Keep It Simple Yet Stylish Like…

Catch all the episodes of Mrs Mukhyamantri, streaming for free on ZEE5 here.