Mrs Mukhyamantri: Summi And Anuradha To Clash Over Samar?

Whose side will Samar take? Read details inside to find out! 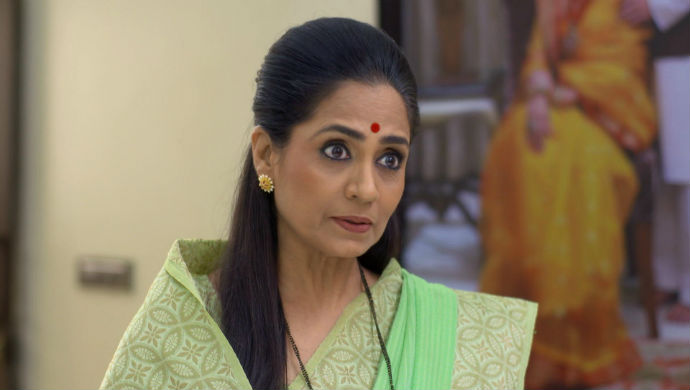 In the recent episode of Mrs Mukhyamantri, we saw Summi packing dabbas and telling Suresh to rest. She is about to leave when Samar bumps into her and offers to take her for a bicycle ride. Summi gets tensed and says they can’t do that as she has a lot of work back home. She adds that they can go for a ride when she wraps up everything. Their conversation gets interrupted by Baban, who tells Summi that he always thought he’s the more responsible one, but she has proven him wrong. Summi says that if she has to change the world, she has to be responsible. She tells Samar that she wishes to go home by car. Suresh tells Baban to take Summi’s cycle to her bungalow and the two argue over who should carry out the task since it’s a very girly vehicle.

In the upcoming episode, we will see Anuradha and Summi at loggerheads yet again. Summi will tell her that for the citizens’ sake, Samar shouldn’t run for elections. Anuradha will say that Samar will run for elections at any cost and will become the next chief minister.

Whose side will Samar take? Stay tuned to find out! Catch all the episodes of Mrs Mukhyamantri, streaming for free on ZEE5.

Can You Spot Mazhya Navryachi Bayko's Gurunath In This Throwback Picture?