In Mazhya Navryachi Bayko, the value of Radhika Masale's products falls in the market. 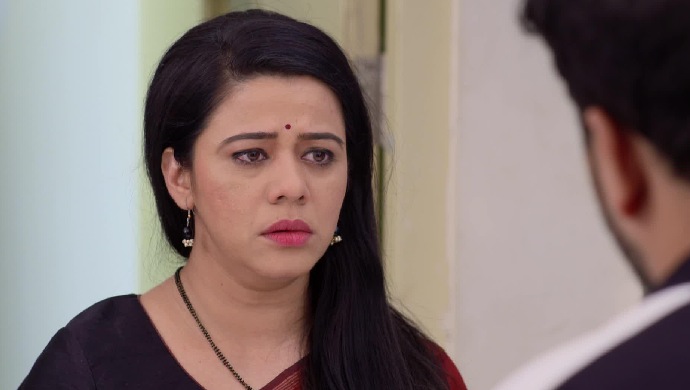 In the recent episode of Mazhya Navryachi Bayko, Shanaya is angry after being left humiliated by Radhika. Gurunath tells Shanaya that Radhika is way too powerful for them as she has everyone’s support. He manipulates Shanaya that they can’t do anything wrong to Radhika. After Shanaya goes, Gurunath is happy that she is agitated against Radhika since this will help in making his plan successful. Then, Kedya and Gurunath come to know through Kadam that Radhika and Anand are looking to get duplicate documents from the clients. Gurunath tells Kedya that they need to stop this from happening and make a plan.

At the Subhedar house, everyone is celebrating Radhika’s win over Shanaya. Radhika assures Aai and Baba that she is going to make each of Shanaya’s plans unsuccessful. Then, they start discussing a woman’s power to do play different roles in a family. Meanwhile, Gurunath lies to Shanaya and goes to meet Rajwade and Sawant who are Radhika’s enemies. Shanaya understands Gurunath’s lies and decides to find out.

At Radhika Masale, Kadam, who stole Radhika’s file, is working slowly. He is scolded by Radhika and Anand. During this, Panwalkar Sir gets the news that Radhika Masale’s value is fallen in the market. Then, Anand scolds Jenny and humiliates her in front of everyone and Radhika has to intervene.