Mazhya Navryachi Bayko: Why We Think Radhika And Saumitra Shouldn’t Get Married

Read details inside to know why we think so. 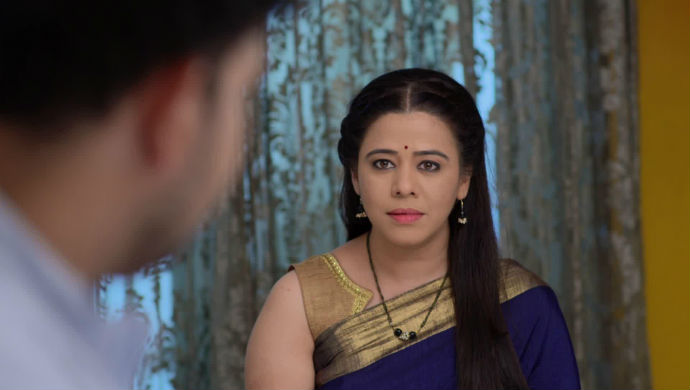 Currently on Zee Marathi’s TV show Mazhya Navryachi Bayko, we saw Radhika finally hosting a surprise party for Saumitra. At the party, the latter expressed his feelings for Radhika and even proposed to her through a song. But Radhika hasn’t caught on yet and believes that it was just a mere tune that her best friend sang for her. Later, Saumitra tried again to pop the question but couldn’t get through with it. It’s waiting to be seen whether he will finally go ahead with the proposal.

But is Saumitra and Radhika getting together really a good idea? We don’t think so! Let’s face it- the two are best friends and always have been. Yes Saumitra has had a soft corner for Radhika and the same was obvious when Gurunath tried to patch the two, but the same had gotten Radhika very upset. She made it evident that she sees Saumitra as a friend and nothing more. So if he asks her to marry him, he might wreck the one good thing that they have- an honest friendship. Saumitra has been Radhika’s backbone and sometimes, friends prove to be more loyal and supportive than partners.

Gurunath clearly couldn’t live up to Radhika’s expectations and let her down. But it was Saumitra’s friendship that sailed her through. Quite frankly, it’s not necessary to change every union between a man and woman, into love. Saumitra and Radhika are buddies and should be, as they have established a relation that the latter can always turn to and count on. Also, just because Radhika is alone doesn’t mean that she needs a man to make her happy. She is a strong independent woman that has already proven that she absolutely fine, being alone and is at peace.

So, instead of trying to make Radhika and Saumitra hook up, maybe her in-laws should let her be and find her partner on her own. They need to let Radhika take her time and figure out what she wants.

Do you agree with our opinion? Tell us in the comments section below! Catch all the episodes of Mazhya Navryachi Bayko, streaming for free on ZEE5.

3 Reasons Why You Should Watch ZEE5’s Original Film Dhaaga