Will Shanaya agree? Watch the promo inside and find out! 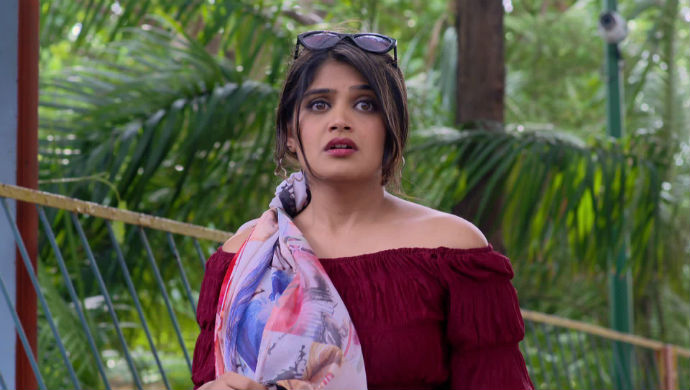 In Zee Marathi’s popular show Mazhya Navryachi Bayko, Radhika has finally gotten proof of Gurunath’s game plan. She had gotten a hint of his lying when he made a slip up. She then decided that she would seek revenge and was looking for ways to do so. In the recent episode it was seen that Gurunath confessed that he was faking his memory loss, by using the voice recorder inside a toy, thinking that he would get rid of the toy eventually so no one would come to know what he said. But in truth, Radhika had hidden a voice recorder underneath her pillow, that had recorded everything Gurunath confessed. And now she has the proof she needs to go against Gurunath.

In the latest promo, we can see Radhika approaching Shanaya and telling her that Gurunath had been faking his memory loss and him acting violent with her was all a part of his plan.

She asks Shanaya for help and says that she would have to play along if they wish to go against Gurunth. Shanaya is in two minds but is leaning towards helping Radhika. Will she eventually agree? Stay tuned for all the updates here!

Catch all the episodes of Mazhya Navryachi Bayko, streaming for free on ZEE5 here.

Will Vikrant Stop Isha From Making A Move Against Him? Watch Tula Pahate Re On ZEE5!