What is Radhika's move against Shanaya going to be? Watch the video inside to find out! 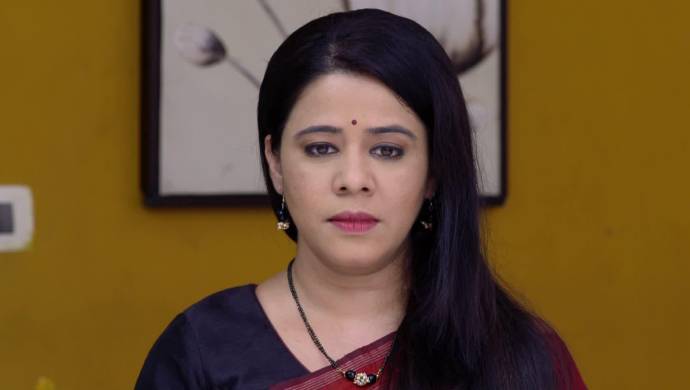 There’s a full-fledged war going on between Radhika and Shanaya in Zee Marathi’s Mazhya Navryachi Bayko. As regular viewers might know, Shanaya has moved into Radhika’s building, to trouble her further. In the recent episode, we saw Shanaya creating a mess outside Radhika’s door, to annoy her. She has vouched to make all employees in Radhika Masale, side with her against Radhika. But is the latter just going to sit and watch the drama? The latest promo suggests that Radhika has prepared to take on Shanaya, all guns blazing!

In the video, you can see Gurunath asking Shanaya to calm down and take a step back from her revenge spree. But the latter tells him that she can’t stop. What happens next? Watch here.

Radhika now knows Shanaya’s game plan and has vouched to not get affected by the latter’s menacing ways. Radhika has decided that come what may, she will teach Shanaya a lesson,  as the war is now fully in the open! Who do you think will win in the end? Post your comments in the section below and stay tuned for more updates!