What has Gurunath done that has gotten Radhika wary? Find out by watching promo inside! 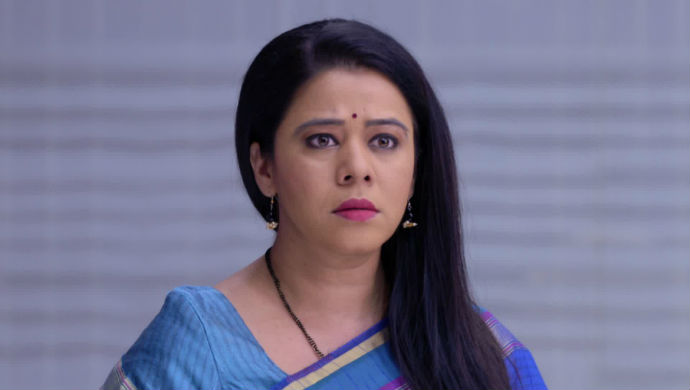 In Zee Marathi’s hit show Mazhya Navryachi Bayk0, it has been discovered that Gurunath had been playing Radhika all along. He suffered from an injury and couldn’t remember who Shanaya was, as he was suffering from a memory loss. But turns out it was all an act, to get back at Radhika. But she doesn’t know this and is continuing to believe that Gurunath has really lost his memory. However, she will get a whiff of his evil ways, as suggested by the latest promo! Why do we say so?

In the video, you can see Radhika urging Gurunath to play the word play game with her. Gurunath agrees and soon they start playing where Radhika says a word and he retaliates with another. But he slips up big time when she says ‘Shona’ and he says, ‘Baby.’ Watch here.

Gurunath immediately realises that he has slipped up, as he calls Shanaya baby! He covers up by saying that he said Bedi, as Radhika had trouble with a girl named Shona Bedi in college. He asks her if she remembers and Radhika gets irked and walks away. Gurunath thinks he has fooled her but we can see Radhika getting suspicious and wondering whether Gurunath is playing her.

Do you think she will confront him? Will she find out the truth about Gurunath? Stay tuned for all the updates here!

Will Myra Tell Vikrant The Truth About Isha? Watch Tula Pahate Re On ZEE5!

Boyz Will Show You What Life In Boarding School Looks Like