What is he going to do? Watch the promo inside to know more! 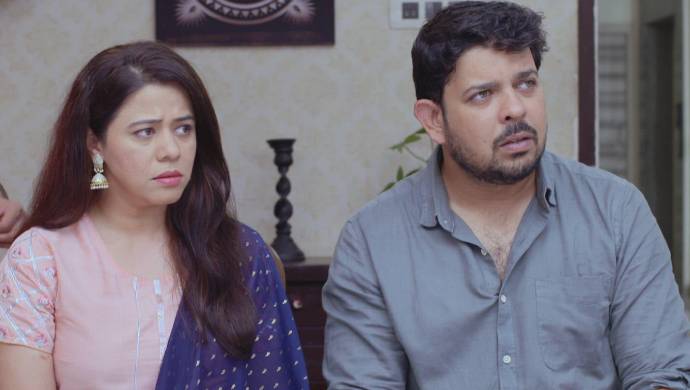 Recently on Zee Marathi’s Mazhya Navryachi Bayko, we saw Saumitra and Radhika’s engagement being finalised. The couple has been dating for a bit and are ready to take the next step. Radhika has officially divorced Gurunath and even won Atharva’s custody. Looks like her life is finally on track. But will Gurunath let her live in peace? The recent promo suggests otherwise! In the upcoming episode, we will see Saumitra and Radhika’s engagement ceremony taking place. But Gurunath will create a major scene. What will he do?

In the video, you can see Gurunath interrupting Saumitra and Radhika’s engagement party and saying that when he got together with Shanaya then everyone had a problem. But his family is readily accept Radhika’s union with Saumitra. Radhika then says something which makes Gurunath hang his head in shame. What does she tell him? Watch here.

Radhika gives it off to Gurunath by telling him that she has every right to start life afresh, as he’s the one who was unfaithful and left her for another woman. She further says that a divorced woman has every right to choose her life partner, just as she has chosen Saumitra. Radhika says that he’s her soulmate and nothing can stop them from leading a happy life together. Three cheers for Radhika!

EXCLUSIVE: I Have Learnt How To Empathise From Radhika’s Character, Says…

But will Gurunath let this go? Stay tuned to find out and catch all the episodes of Mazhya Navryachi Bayko, streaming for free on ZEE5.