Mazhya Navryachi Bayko Promo: Gurunath Begs Shanaya To Take Him Back But She Refuses

What does she tell him? Watch the promo inside and find out! 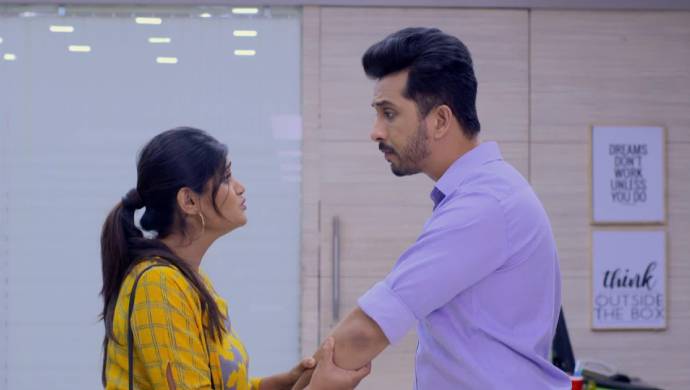 In Zee Marathi’s hit show Mazhya Navryachi Bayko, Gurunath has finally gotten punished for his crimes. Fans had been eagerly waiting as to when the man would pay for hurting Radhika and the time has come. In the recent episode, we saw Radhika exposing Gurunath and proving that he had stolen the faremers’ money. She also talks about how he has been faking his memory all along. Gurunath was beaten up by the office workers and humiliated on the streets. Some even thew mud on his face and called him a cheater.

In the latest promo, it is shown that Gurunath is now now helplessly roaming around on the streets, as he has nowhere to go. He feels insecure when he spots Radhika with Soumitra. Watch here.

He also loses his cool when he sees Shanaya with Popatrao, He runs to her to have a conversation. He catches her by the hand but she refuses to speak to him. Shanaya adds that she doesn’t want anything to do with him and Gurunath is shattered. What do you think he will do next? Do you think Gurunath has the guts and patience to go against Radhika one more time?

Post your thoughts in the comments section below and stay tuned for all the updates here! Catch all the episodes of Mazhya Navryachi Bayko, streaming for free on ZEE5.

5 Funny Scenes From Boyz That Will Make You ROFL