Mazhya Navryachi Bayko: Did You Like Radhika’s New Look? Vote!

Tell us what you think of Radhika's new look. More details inside! 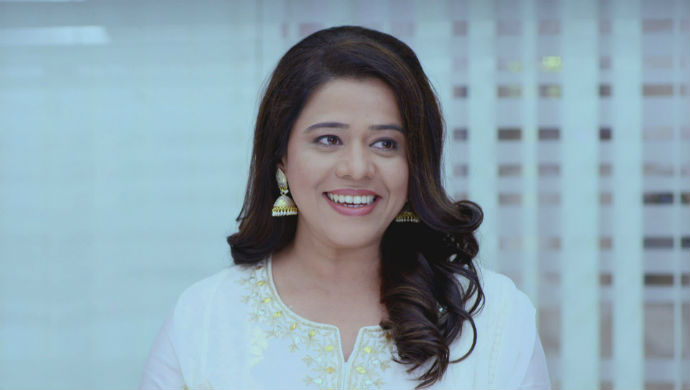 On Zee Marathi’s Mazhya Navryachi Bayko, Radhika is calculating her every move, to get back at Shanaya. The latter has taken over Radhika’s office. But she isn’t ready to back down and is making sure that Shanaya gets the taste of her own medicine. Radhika has instructed her key employees to work out of the office so that Shanaya doesn’t get a whiff of all the important work that is happening in the company. And now she has played her next trump card- making Shanaya jealous with her chic and stylish makeover!

Radhika is about to get featured on the cover of a business magazine. As a result, she has gotten a whole new look which has stunned both Shanaya and Gurunath! As opposed to her previous look, where Radhika was mostly seen in sarees and traditional jewelry, Radhika has gotten a new hairstyle and clothes as well.

We personally love the look! We are glad that Radhika got a new hairstyle as it makes her look fresher and younger. But what do you guys think? Do you prefer Radhika’s old look or the new one? Cast your vote in the box below and stay tuned for the results!

Akshaya Deodhar, Gayatri Datar, Ladoo Had A Fam-Jam That You Would Want To Be A…

Catch all the episodes of Mazhya Navryachi Bayko, streaming on ZEE5 here.

Agga Bai Sasubai: Do You Know Who Is Asawari's Best Friend? Find Out With Pic Inside