In tonight's episode, Radhika calls for an urgent meeting and reveals the names of Mahadik and Rajwade who were behind the fraud. 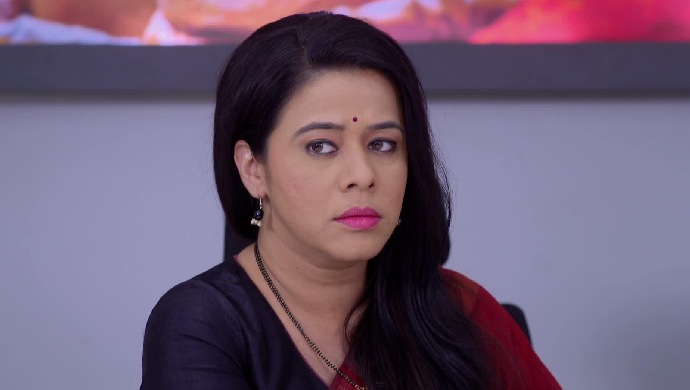 In the recent episode of Mazhya Navryachi Bayko, Gurunath finds out about the adulteration happening at Radhika Masale. He informs about this to Mr Kadam who works alongside Radhika. Finally, she gets to know the culprits who are adulterating her products. Meanwhile, Saumitra and Anand have a conversation about Radhika. They make a deal that if Radhika calls Saumitra then he will wait back in India otherwise he will return to America. Saumitra is waiting for Radhika‘s call.

In tonight’s episode, Gurunath brings snacks for Shanaya and while returning, he gets drenched. After reaching home, he tells Shanaya about the adulteration and fraud that is happening at Radhika Masale. She says that he should stop thinking about Radhika and her company.

At the office, Sathe Madam asks Radhika the reason for calling an urgent meeting. The latter tells her that she will answer all her queries in the meeting when everyone is present. Radhika apologises to everyone for calling them on such short notice. She then tells them that there is a duplicate product which is being sold under the brand of Radhika Masale. Later, she calls the tempo driver who used to deliver the duplicate products. He tells everyone that Mr Rajwade and Mr Mahadik had told him to do so.

Hearing this, Rajwade and Mahadik tell Radhika that she is making false allegations. When she says that she has all the proofs they admit that they have been doing for profits. Sathe Madam tells Rajwade and Mahadik that they will have a pay a huge price for this and that too in the court. After the meeting, Radhika remembers about Saumitra and goes to meet him.

Bookmark These Waistcoat Styles If You Like Hardeek Joshi's Look