Radhika plans to go to Sakargaon alone. Meanwhile, Gurunath has a new plan with Anand. 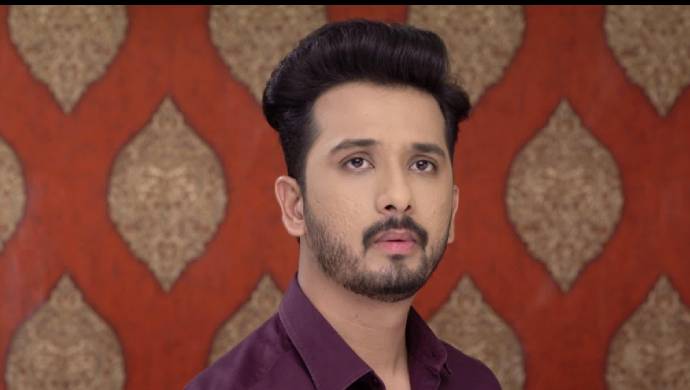 In yesterday’s episode of Mazhya Navryachi Bayko, Gurunath pretends to bring Saumitra and Radhika bring together. He self-deprecates while complimenting Saumitra. Aai intervenes in this conversation, but Radhika gets furious for hiding Saumitra’s feelings from her.  Meanwhile, Saumitra gets ready to leave for America as Anand tries to stop him. The latter is still guilty for discussing with Gurunath about Saumitra’s feelings. Finally, Anand gets thrown out of the house.

In the latest episode, Shanaya is still locked in the room as Gurunath discusses his plan with Mrs Sabnis and Kedya. On the other hand, all night long everyone is waiting at the Subhedar house as Radhika is in the room. The next day, she sees them waiting for her. All the members of Gulmohar society collectively apologise to her and she feels guilty to have made them wait at her house. In private, Revati tries to convince Radhika to talk to Saumitra, but she is too adamant to do so.

Gurunath goes to Saumitra’s house to speak to Saumitra. But, he asks Gurunath to not interfere. Saumitra also suspects the latter’s ill motives. Meanwhile, Saumitra is returning to America, but Gurunath can’t let him go. He wants to steal Radhika’s money while everyone is engrossed by between Saumitra and Radhika’s relationship. In office, Anand is lost thinking about Radhika’s situation as she enters the office. He volunteers to visit the farms at Sakargaon, but she declines his offer and decides to go there herself. Meanwhile, Shanaya is upset with Mrs Sabnis as she didn’t let her meet Gurunath. Shanaya wants to know the plan that is cooking inside his head.

Gurunath informs Anand about Saumitra’s America plan with the intention of distraction him. Anand snubs Gurunath who discusses a new strategy. At home, Shanaya tries to pester Mrs Sabnis to tell her about her conversation with Kedya and Gurunath.

Tuzhat Jeev Rangala's Anjali Has An Important Message For You, Watch Video!