In tonight's episode, Gurunath tries to warn Radhika despite being warned by Shanaya to public his secrets. 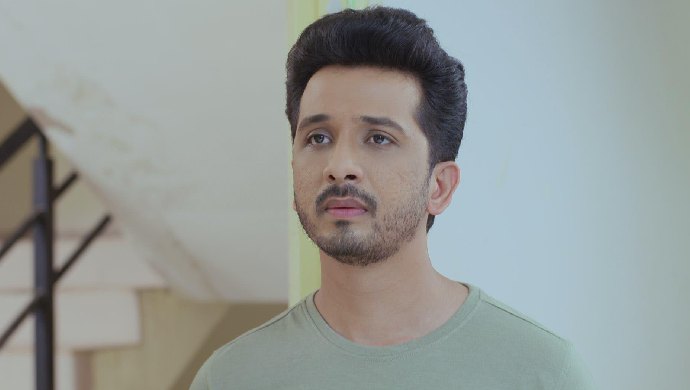 In the recent episode of Mazhya Navryachi Bayko,  Gurunath feels bad for Radhika when he sees the news about the police finding a poison bottle in her car. Shanaya goes to meet Urmila Mhatre and tells her that she has come to discuss a deal. She tells Urmila that if Radhika is found guilty then she will take over Radhika Masale and also provide funding to her party.

In tonight’s episode, the people sent by Urmila Mhatre surround Radhika and blame her for the incident that happened at Shanaya’s party. Just then, Saumitra comes there and asks everyone to back off immediately. One of the men from the crowd asks him what relation does he share with Radhika. The latter says that he is Radhika’s to-be-husband.

Later that day, Radhika tells Saumitra that she is worried about him and her family. Saumitra says that he is there with her no matter what and that they will soon figure a way out. On the other hand, Shanaya tells Gurunath about her plan to blame Radhika for the poisoning incident. The latter refuses to support her but Shanaya threatens him that if he tells it to Radhika, then she will tell everyone about his secrets.

Later that day, despite being threatened by Shanaya, Gurunath comes to warn Radhika but the latter refuses to listen to him. Meanwhile, Shanaya comes to the office early and asks the peon to get some snacks for the guests as they are planning to have a press conference. When the peon leaves the office, Shanaya secretly goes to Radhika’s cabin and keeps the duplicate bill of the poison bottle that was found in her car.