In Mazhya Navryachi Bayko, Gurunath is hungry and tired after roaming relentlessly for days. 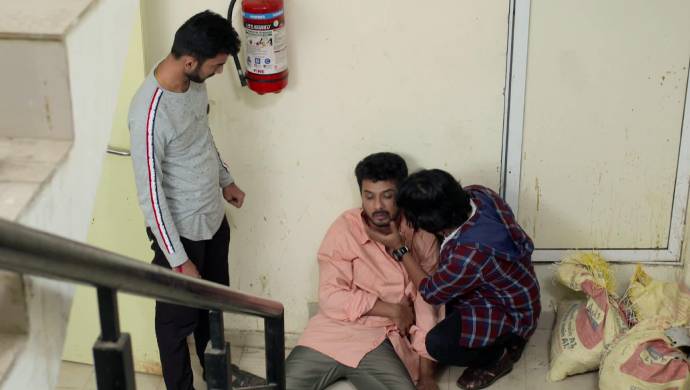 In the recent episode of Mazhya Navryachi Bayko, Gurunath, who is still roaming on the roads, reaches Gulmohar society. The ladies of the building spot him and ask him to get out of the vicinity. Mahajani Kaka intervenes and humiliates Gurunath further. After getting out of there, Gurunath begs to random people to give their phone because he wants to make a call. But, everyone refuses.

Shanaya and Mrs Sabnis go to Popatrao’s temporary flat. Popatrao is promising Shanaya to give her whatever she wants, but Mrs Sabnis is not very impressed. During this conversation, Shanaya gets a call from Gurunath. But, she quickly hangs up seeing Popatrao sitting in front of them. After Popatrao goes, Mrs Sabnis asks Shanaya to not entertain Gurunath.

In a desperate moment, Gurunath picks up a piece of food dropped on the road by someone. After going hungry, Gurunath is found unconscious in the building by Kedya. Meanwhile, at the Subhedar house, Aai and Baba are anxious as Radhika isn’t at home. Everyone at the Gulmohar society is worried since they can’t find Radhika who has gone to meet the lesser privileged children. Looking at them, she is motivated to do better for herself and for those around her.