In Mazhya Navryachi Bayko, Radhika realises the people who are adulterating her products are none other than, Rajwade and Mahadik. 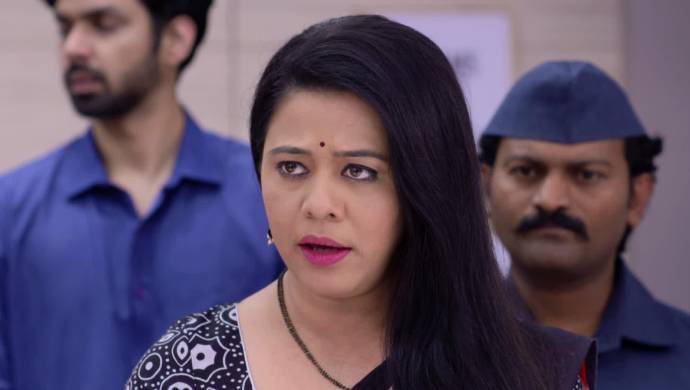 In the recent episode of Mazhya Navryachi Bayko, Gurunath spots Radhika Masale’s adulterated products. He immediately calls Kadam from Radhika’s company and informs him about the fraud that is happening. Mr Kadam doesn’t believe Gurunath because of his tarnished reputation. But, Gurunath tries to convince him about this thing with his whole heart.

Anand goes to confront Saumitra to discuss Radhika’s topic. Saumitra gets irritated but Anand says that Radhika thinks about him neutrally. He tries to give Saumitra new hope who has lost all the faith that Radhika is in love with him. Then, Saumitra confesses that he has liked Radhika since college time. He is hurt that Radhika never understood his feelings. Anand tells him to think from Radhika’s side and assures Saumitra that she will call him today. They make a deal that if Radhika calls then he will wait in India, otherwise, he will leave for America.

Radhika is thinking about Anand’s words. During this, Kadam speaks to Radhika about the adulteration happening in her masale. Then, a bunch of women come to meet Radhika. They complain about the degraded quality of products. She decides to get to the root of the problem. Meanwhile, Gurunath goes to get something to eat for Shanaya and Mrs Sabnis. He is badly humiliated by Mrs Sabnis.

After a thorough investigation, Radhika comes to know that Rajwade and Mahadik from the company’s board of directors are behind the adulteration.