Shanaya isn't a part of their plan. 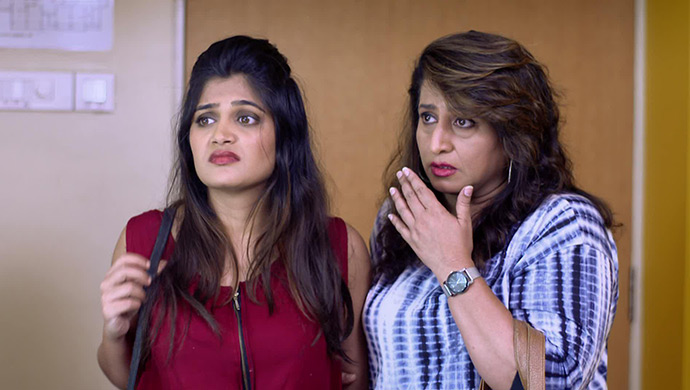 We saw Baba trying to cheer Radhika up after Gurunath revealed Saumitra’s feelings for her. Even after his intervention, she refuses to tell him and he leaves her by saying that she shouldn’t be tolerating injustice at any cost. In the latest episode of Mazhya Navryachi Bayko, everyone tries to convince Radhika but she lashes out at them. She is furious that all of them hid Saumitra’s feelings from her. Radhika is hurt because they assumed she would get married to Saumitra and leave Gurunath alone.

Baba slaps Gurunath while blaming him for ruining Radhika’s life. Gurunath justifies saying when he and Shanaya were together, everyone was against the couple. But, now, no one is raising an eyebrow at Saumitra’s feelings for Radhika. This earns Gurunath another slap from Baba. Meanwhile, everyone from Gulmohar society is hoping to calm Radhika down. Revati asks them to give her some time.

Gurunath, who is thrown out after this fiasco, goes to meet Kedya. They both want to meet Mrs Sabnis without letting Shanaya know. After locking Shanaya in the room, Gurunath, Kedya and Mrs Sabnis discuss the plan to loot Radhika off her Rs 35 crores. He wants to steal the money, but Shanaya’s mother wants Rs 300 crore of Radhika’s property. But, both the men convince her that won’t be possible.

Ratris Khel Chale 2 Promo: Sarita Gets Haunted; Is She In Danger? Watch Video