On the other hand, Atharva runs out of the house while angry with Radhika. 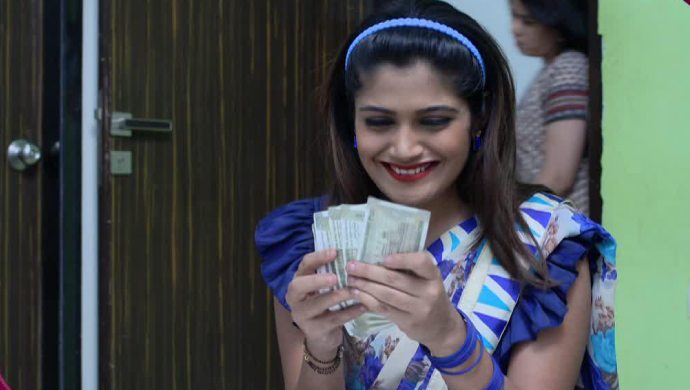 We saw Shanaya asking Gurunath for a phone in the latest episode of Mazhya Navryachi Bayko. She thinks he just pampers Atharva and doesn’t give her enough attention. So, she wants him to buy her a phone with the money he has collected for Atharva. Meanwhile, Gurunath goes and tells Atharva that Radhika doesn’t want him to buy a tablet.

In the sneak peek of Mazhya Navryachi Bayko, Atharva angrily goes out of the house. On seeing this Radhika asks Aai what happened to him. She tells Radhika that he ran away because Gurunath told Atharva about his fight with her. Meanwhile, Shanaya continues throwing tantrums in front of her husband. Now, she also wants him to give her money to treat her friends. He is frustrated with her for a list of demands which he can’t satisfy.

How will Gurunath find a way out of it? Do let us know your thoughts in the comments below.

Meanwhile, if you have loved watching Mazhya Navryachi Bayko, tune into the love triangle of Chitra Vichitram streaming exclusively on ZEE5.

Tula Pahate Re 6 March 2019 Written Update Of Episode: Aaisaheb Has A Surprise For Isha