Radhika is all set to strike a deal once again with the business duo to get ahead of Shanaya. Will she be successful? Read details inside! 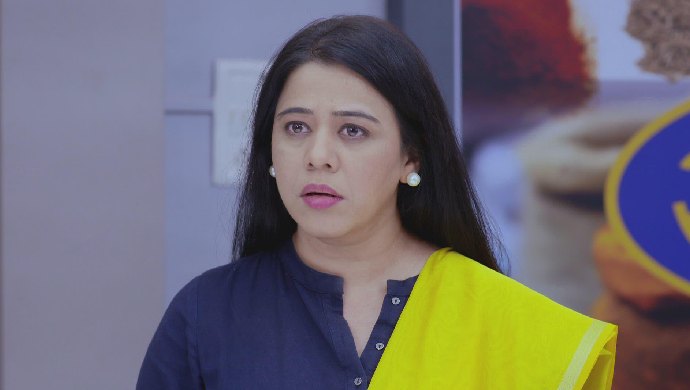 In the recent episode of Zee Marathi’s Mazhya Navryachi Bayko, we saw Gurunath thinking about Popatrao’s confession in court and how it proved that Radhika was innocent. He is upset about the fact that he and Shanaya have been defeated by Radhika once again. He calls Kedya and discusses the same, as the latter consoles him. Meanwhile, Radhika has a word with her fellow employees at Radhika Masale. She tells them about her conversation with Shanaya and how she has ended her partnership with the latter. Radhika reveals that now her next move would be to rope in Rajwade and Mahadik, once again as business partners. She points out that these two men are only bothered about money and will join hands with Radhika Masale once again as long as they get their share.

Meanwhile, a furious Shanaya returns home and tells Gurunath that she is upset as Radhika has ended the partnership with her. Gurunath consoles her but Shanaya says she won’t rest until she makes Radhika pay for what she has done. She tells Gurunath that they will approach Rajwade for a solution to this problem. The two visit the latter’s office and are asked to wait. Just then, Rajwade, who is sitting inside his cabin, receives a call from his partner Mahadik who tells him that Radhika is interested to strike a deal with them. Rajwade tells Mahadik that Gurunath and Shanaya have come to meet him but is told to kick them out of the office. Mahadik says that the two aren’t reliable and that it would be beneficial for them to have an interaction with Radhika.

Rajwade does as he is told. Later, Radhika meets with the ex head of Radhika Masale and tells her about her plan regarding the business deal with Rajwade and Mahadik. The lady tells Radhika to tread cautiously as the men are selfish and unreliable. She suggests that if Radhika is going ahead with the deal, then she do so, by giving the duo a warning. Radhika agrees, saying that it’s a good idea.

Will she be successful in striking a deal with Rajwade and Mahadik? Tell us in the comments section below and stay tuned for more updates! Catch all the episodes of Mazhya Navryachi Bayko, streaming for free on ZEE5 here.