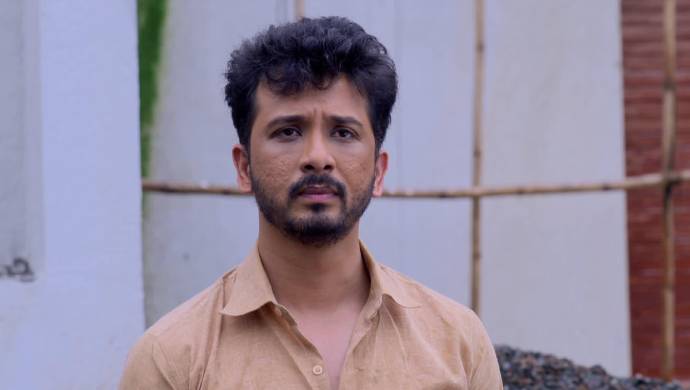 In the recent episode of Mazhya Navryachi Bayko, Guruji goes to call Shanaya from her room. But, Mrs Sabnis answers as Shanaya has gone to ask help from Gurunath. She quickly phones Shanaya and inquires if Gurunath is ready to help. Shanaya informs her mother that Gurunath has refused to give her any assistance in their plan. During this, Guruji and Popatrao are knocking on the door calling for Shanaya, but Mrs Sabnis is handling them.

Popatrao and Guruji start suspecting Mrs Sabnis since Shanaya isn’t answering. They break the door and luckily Shanaya enters. Mrs Sabnis tells her that she has to get married to Popatrao if they want the money. Meanwhile, Munnaseth, who has witnessed Gurunath and Shanaya’s meeting, pushes him to help her out. Gurunath doesn’t want to get involved in Shanaya any longer.

During Popatrao and Shanaya’s wedding, Gurunath throws a smoke bomb through the window. There is smoke all over the room as Shanaya and Mrs Sabnis take this opportunity to run away from there. Meanwhile, at Radhika Masale, Anand confronts Radhika about her conversation with Saumitra. He tells her that she should have known his feelings before trying to get him married to Revati’s sister. He makes her realise that she hurt his feelings.

Saumitra tells Revati and Subodh about his conversation with Radhika. He panics and decides to return to America. But, Revati decides to give Saumitra and Radhika’s relationship last try. Meanwhile, Gurunath finds Radhika Masale’s fake products. He  realises that someone is adulterating the products in Radhika’s company.

Mazhya Navryachi Bayko 8 August 2019 Preview: Radhika Has A New Problem In Her Company