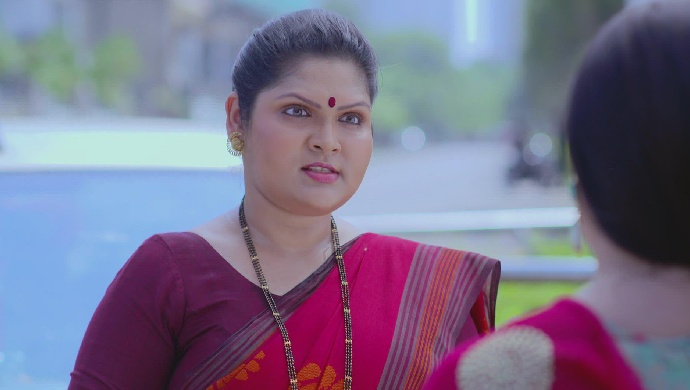 In tonight’s episode, the police constable asks Radhika’s driver to open the car as he wants to search for evidence. While doing so, he gets a bottle of poison near the front seat. The constable tells his senior about it in front of Radhika.

Hearing this, Radhika gets shocked and asks the driver where did the bottle come from. The latter says that he has no idea. The police inspector tells Radhika that they will have to take the driver with them and interrogate him. Later, Baba tells Radhika that he knows who kept the bottle of poison in her car. All of them then go to Gurunath and Shanaya’s house and ask them if they are doing it to take revenge from Radhika. Gurunath denies the blame and says that he hasn’t done anything.

Kanala Khada: 5 Revelations Made By Sanjay Narvekar About His Career And…

An informer tells Urmila Mhatre about the police finding a poison bottle in Radhika’s car. Later that day, Baba, Radhika and other family members get shocked to see that the news of the poison bottle out. Baba suspects that someone is doing it to purposely to defame Radhika. Next day, Urmila Mhatre calls Radhika and demands money from her to keep her mouth shut. The latter refuses to give money and says that it is because of her that many politicians are infamous. Urmila Mhatre threatens her that if she doesn’t agree to give her money then she will defame her.