Radhika is still struggling with Atharva's wish to get him a tablet. 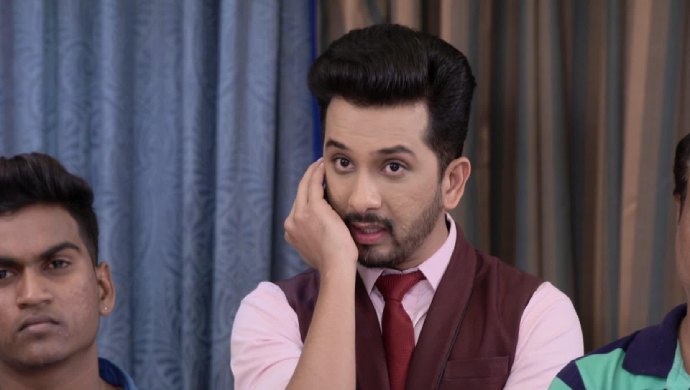 A worried Radhika prays for Atharva in the latest episode of Mazhya Navryachi Bayko. Aai calms her down and asks her to focus on preparing for his birthday. Shanaya pretends to call her mother in front of Radhika and discusses Gurunath’s plan to save money to buy a tablet for Atharva. Hearing this, Radhika forces her to spill the beans. Then, Radhika fights with Gurunath and asks him to give her the money. When Gurunath denies this, she reminds him that he was supposed to give her half the cost of living.  A frustrated Gurunath relents and takes out the cash.

As Gurunath and Radhika leave the room with money lying on the bed, Shanaya uses the opportunity to take it. But, Radhika comes back to snatch those notes from her. Meanwhile, the ladies of Gulmohar society have conflicted opinions about the use of a tablet. Radhika’s colleague tries to convince her to give Atharva a tablet. On the other hand, Shanaya updates her mom about the argument in their house in the morning. At Revati’s house, Subodh and Revati get into argument about Neha forgetting her tiffin. Mahajani Kaku who intervenes the argument collapses as they both try to help her out.

Saumitra and Anand discuss Atharva’s situation with each other. Saumitra thinks Radhika is overreacting as Anand comes up with a mysterious plan to help her out. Atharva asks Gurunath what he is going to get for his birthday. Gurunath apologises and begins to tell Atharva about Radhika’s opposition with him buying a tablet but he is intervened by Aai. She doesn’t want Atharva to know this discussion. However, Gurunath feels he shouldn’t always be the villain in his son’s eyes. She tells her grandson that Radhika is doing everything for his own good. Radhika is paid a surprise visit by Anand and Saumitra who tell her a secret.

Shanaya seeks her opportunity to ask Gurunath to buy her phone. She is angry and fusses over him not pampering her. Gurunath tells her, he doesn’t have enough money to buy her mobile. While convincing Shanaya, he confesses he has never loved Radhika, as she starts crying and throws her phone. Finally, Shanaya tells him if he doesn’t buy her a phone, she won’t stay in the house.