Radhika forbids Gurunath from spending money on a tablet for Atharva. 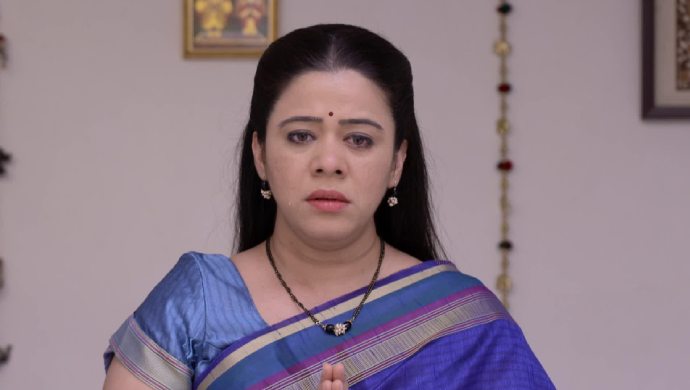 In the latest episode of Mazhya Navryachi Bayko streaming on ZEE5, we see Shanaya planning to grab Gurunath’s money that he has saved to buy a tablet for Atharva on his birthday. As told by Mrs Sabnis, she wants to benefit from the money of the Subedar household. To do that, she has come up with a plan.

Watch the sneak peek below:

Shanaya comes up with a plan as seen in the sneak peek of the show. She tries to create a misunderstanding between Gurunath and Radhika. In front of Radhika, she talks loudly on the phone about Gurunath’s decision to get Atharva a tablet from the saved money. After overhearing this, Radhika is angry at Gurunath for his approach.  She confronts Gurunath about it and forbids him from buying a tablet for his son. She asks him to give her half the living expense.

A frustrated Gurunath leaves the money on the bed, which Radhika forgets to take during the heated exchange with him. Shanaya, uses this opportunity, takes the money and dreams about buying a new phone for herself and give some money to her mother. During this, Radhika comes back and snatches money from her and walks out. Shanaya is disappointed as her dreams are crushed.

Do you think Shanaya’s plan will be successful to steal Gurunath’s money?

Meanwhile, if you have loved watching the fights between Radhika and Shanaya, you will enjoy the drama of Honaar Soon Mi Hyagharchi streaming free on ZEE5.

If You Love Mythological Stories, Watch Mahabharat Streaming On ZEE5